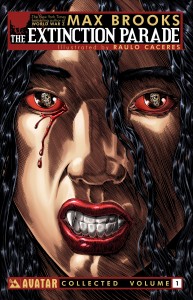 The best-selling Zombie writer in history finally unleashes an all-new horror epic! Be ready for the summer?s biggest graphic novel event as millions of zombie fans come looking for the collected first chapter of Extinction Parade. One of the founders of the zombie renaissance, Max Brooks has sold millions of books in dozens of languages. His first book, The Zombie Survival Guide, not only single-handedly jump-started the zombie prep subculture, its graphic novel companion, Recorded Attacks, debuted as #1 on the New Times Bestseller list. His second book, World War Z, (already a multi-million copy NYT bestseller in its own right) was adapted by Brad Pitt into one of the biggest blockbuster movies of 2013. Now Brooks takes the zombie genre to a whole new level with his new illustrated series Extinction Parade, featuring stunningly rendered art by super-star RAULO (Crossed, Captain Swing) CACERES. Building on the seed of his hit 2010 short story, Brooks has crafted a truly epic series. Not only does Extinction Parade?s multilayered depth and meticulously researched detail raise it to the standard of his previous work, it also introduces fans to an entirely new, fresh and terrifying subgenre: Vampires Vs Zombies. As humans wage their loosing fight versus the hoards of the subdead, a frightening realization sets in with the secretive Vampire race: our food is dying off. This is the story of Vampires decent into all-out war with the mindless hungry hordes of the zombie outbreak as humanity tries to survive them all. Three species in mortal conflict. This is how a species dies. ?Now optioned for TV by Legendary Pictures. 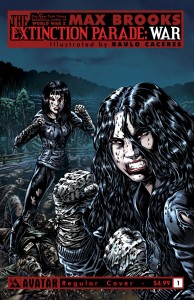 Jump on here, as the epic conflict continues right after Vol 1 with a super-sized battle issue! MAX BROOKS returns to the frightening world of zombies versus vampires in his groundbreaking follow up series: Extinction Parade: War! Well known for his breathtakingly original fiction, Brooks pushes the limits of the horror genre with his trademark meticulous research and vision for the next evolution in zombie storytelling. The subdead were always a joke to the aristocratic vampire race. Just a speck on the radar of their immortal lives, nothing worth even a moment?s notice in their quest for self-gratification through the veins of their host, the human race. But at last they have been pulled from their ignorance into the reality of the world. The human race is facing extinction and should they succumb so too shall the vampires disappear beneath the waves of rotting walking dead. Extinction Parade: War opens the doors to the next violent chapter in Brooks? epic tale with an oversized issue starting the all-out battle for the survival of the races! Available with Regular, Wraparound, End of a Species, Leather, and Bloodwashed and Pure Art Retailer Order Incentive covers, all by series artist Raulo Caceres. Also, you won?t want to miss the Deluxe Collector Set! 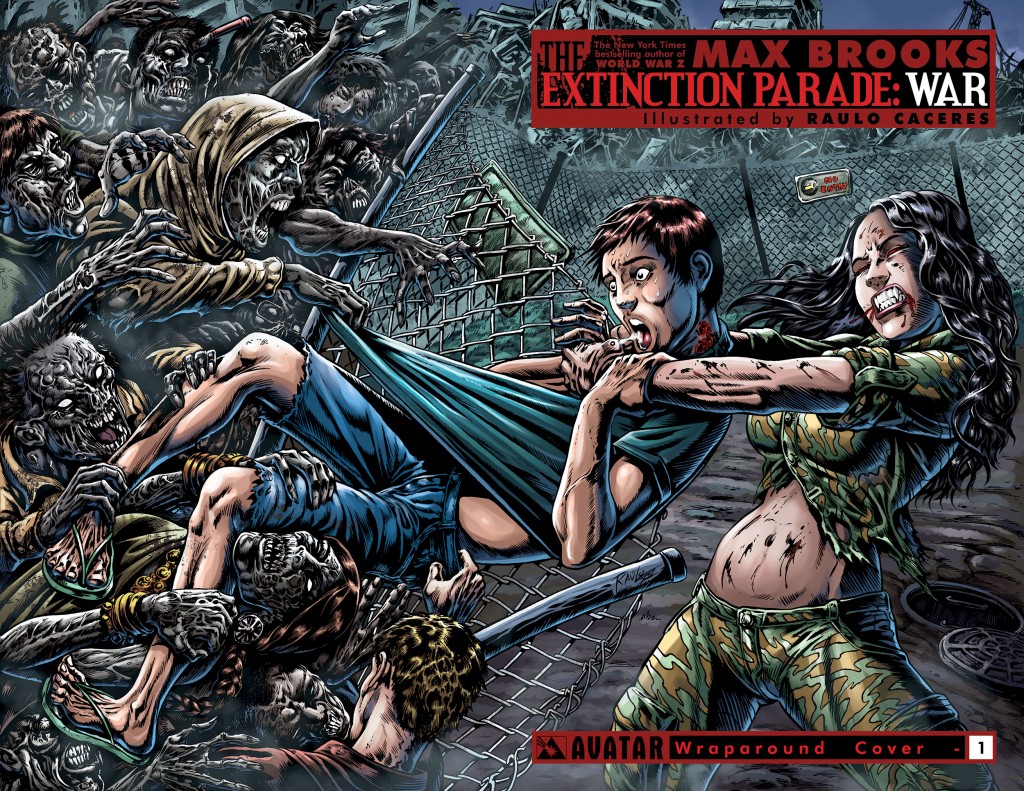 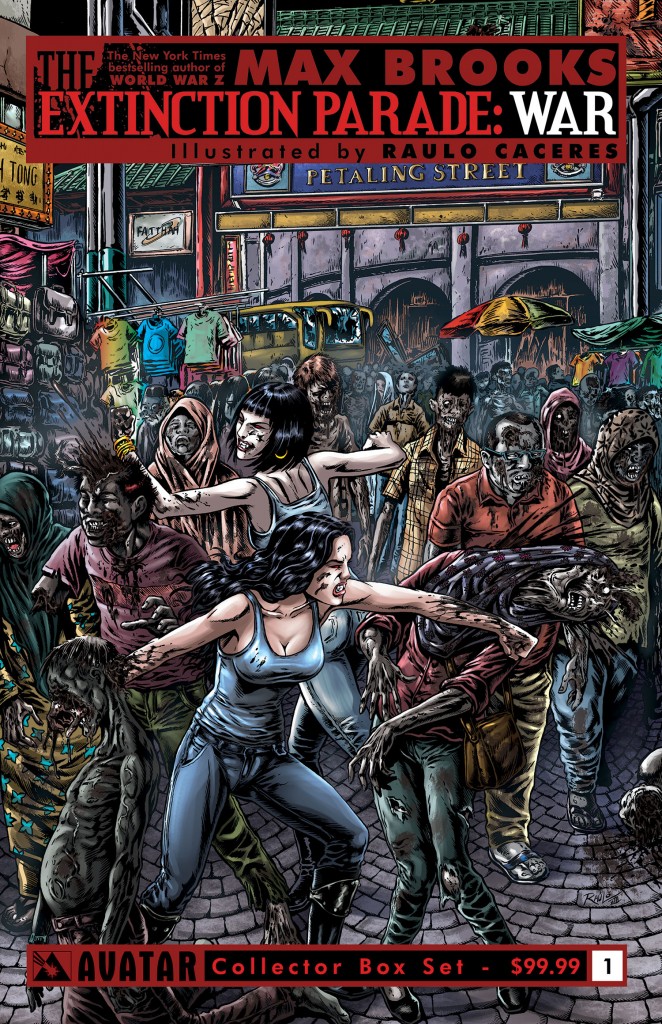