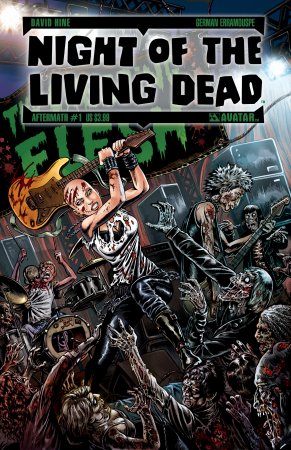 Halloween comes but once a year. Halloween on a Wednesday (aka New Comic Day)? The next one won’t be until 2018 and the next one after in 2029. To celebrate this rare combination of geek-out fun, many comic shops are hosting events. The best ones are tying in to Avatar’s new on-going zombie series, Night of the Living Dead: Aftermath, since the first issue launches on Halloween!

Comic Book Jones in NYC will be hosting a costume contest, as well as giving away comics, candy and Night of the Living Dead promos.

Jet Pack Comics in Rochester, New Hampshire, will also be giving away tons of Night of the Living Dead freebies.

Avatar Press will be awarding the top three retailers with the best NOTLD-themed events! For details on how to enter, click here.