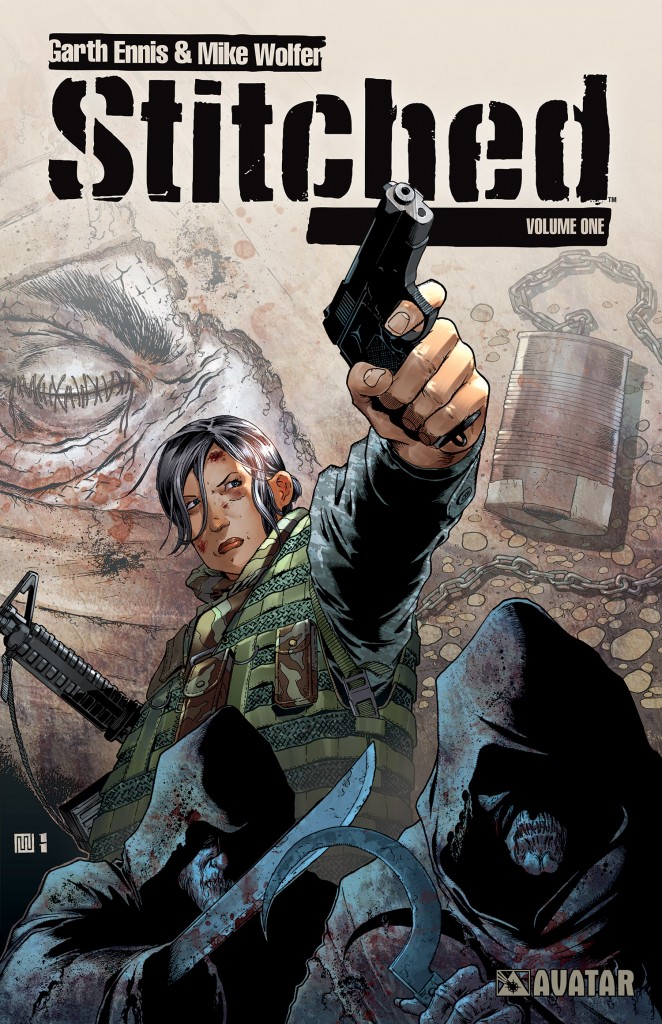 Fanfare was at a frenzied pitch when Garth Ennis announced his first ever written and directed film feature’s debut at San Diego Comic Con 2011. ?The short film was the start of something bigger and more sinister as the full feature length script was presented in comic book format and was recently collected into a trade paperback. ?Since arriving in comic shops there has been a steady stream of positive reviews and praise for the horror title, calling out its interesting mix of violent gore and military accuracy. ?Ennis is well known for his tales of hard-nosed soldiers facing impossible and sometimes supernatural odds. ?Stitched has its share of tough guys, but more importantly it features two female soldiers in primary roles that reflect the modern face of today’s military. ?These wonderfully complex characters face an ancient evil heroically and deal with the ever morphing terrorist threat with bullets and heart. ?But don’t take our word for it – check out these reviews and judge for yourself: 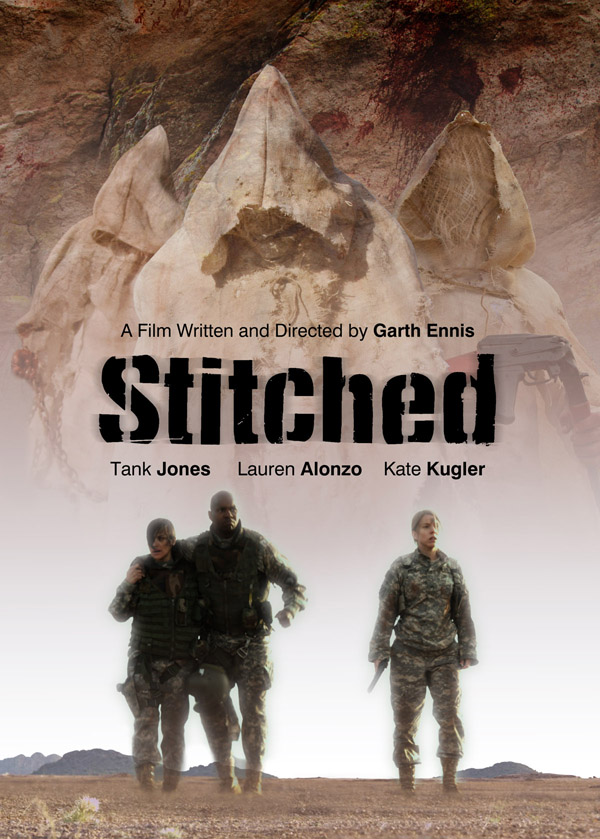 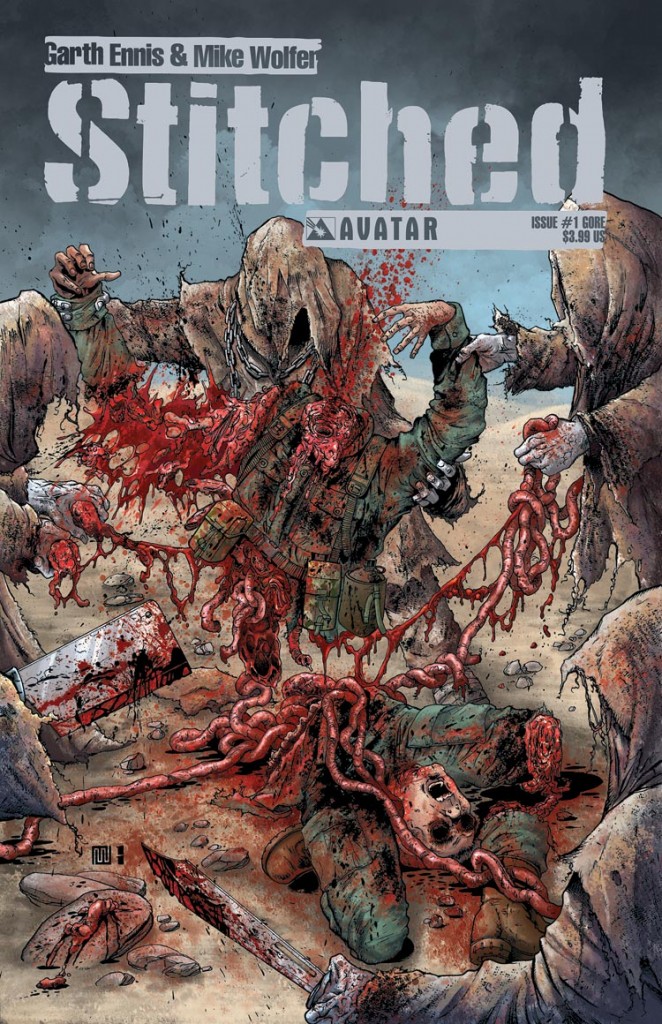 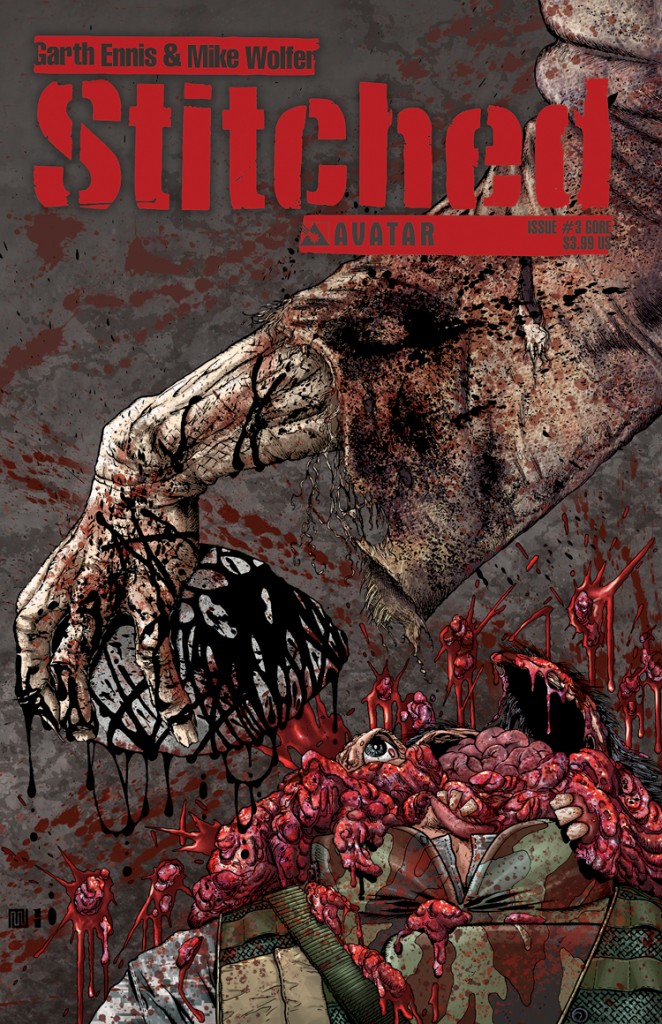