At every show that Avatar travels to, fans of Garth Ennis’ Crossed series show their support of the uncensored horror by cosplaying as Crossed versions of themselves. ?Fan eXpo was no exception, with fans having a chance to talk with Ennis and artists Jacen Burrows and Christian Zanier.

Here are a few of the photos we took of fans showing their support for the most extreme horror comic book in print. ?Jacen gets a nice close up shot of a Crossed family to inspire future work. ?Fortunately we were told the kids have not read the comics. ?They just know its something scary they aren’t allowed to read at home. 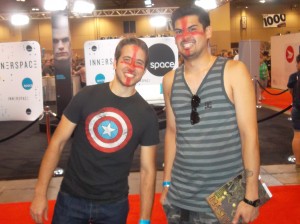 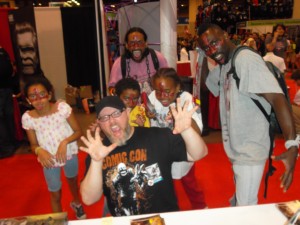 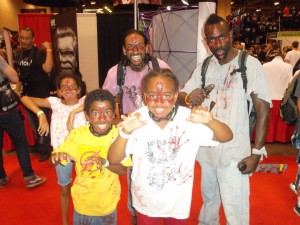