These are the new Avatar Press items that are arriving digitally at ComiXology on Wednesday 5/27/15: 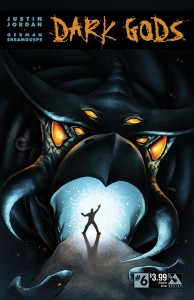 Gods is here! The agents of The Storm must face the rising tide of ancient monsters from the void of Chaos. Their mission has been to stop the flood of horrors, but what happens if they fail? The world as we know it must evolve as everyday people that lived in ignorance of the monsters just outside their vision are brought face-to-face with the grinning devils of other dimensions. The Dark Gods have arrived. German Erramouspe illustrates this new series with special painted sequences by Michael DiPascale.

PRODUCT DESCRIPTION:      This is it, everything from the entire series comes to a head as 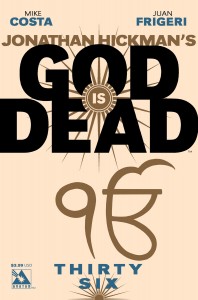 volume six wraps up in carnage! Mike Costa has been building for years towards this massive culmination of every plot thread to date. Whatever you expect, there is no way this won’t be amazing!

PRODUCT DESCRIPTION:     The most important work of 2015 begins here with the long- 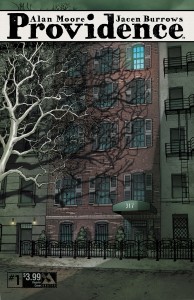 awaited arrival of Alan Moore’s breathtaking epic PROVIDENCE with his artistic partner Jacen Burrows. In his most carefully considered work in decades, Moore deconstructs all of Lovecraft’s concepts, reinventing the entirety of his work inside a painstakingly researched framework of American history. Both sequel and prequel to NEONOMICON, PROVIDENCE begins in 1919 and blends the mythical visions of HPL flawlessly into the cauldron of racial and sexual intolerance that defined that era on the East Coast of America. Every line from artist Jacen Burrows is perfectly honed to complete this immersive experience. The result is a breathtaking masterpiece of sequential art that will define modern horror for this generation. Invoking a comparison it to a prior literary masterpiece is not something to be handled lightly, but in scope, importance and execution: Providence is the Watchmen of horror.

PRODUCT DESCRIPTION:      Gillen and Gete return to the war in the Pacific as we revisit 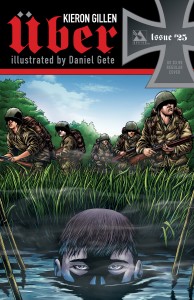 the state of Japan. With the failed atomic weapon, the decisive end in the Pacific has not been found and the grinding war of attrition takes a vast toll on both sides. The superhuman advantage of Japan is equaled in many ways by the firepower advantage of the USA. So the bodies continue to pile to the heavens…