The Phoenix ComiCon begins today, May 28 and runs through Sunday May 31st.  The annual event in Denver features a huge presence from Avatar Press and fans have come to expect nothing but the best in creators and exclusives at the show.

This year Avatar is bringing three big guests to Phoenix that will be available for autographs and to chat with fans about their newest projects.  Among the talented contributors will be Max Brooks, Jacen Burrows, and Christian Zanier. 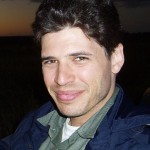 Max Brooks is a fan favorite in every sense of the word.  His lectures on zombie survival pack halls and bring zombie-phobic fans out in droves to hear his witty observations.  Max will be discussing the upcoming third chapter to his epic zombies vs vampires series, Extinction Parade! 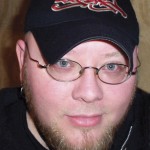 Jacen Burrows is the artist that has collaborated with Garth Ennis on the original Crossed series and with Alan Moore on both Neonomicon and the new series Providence.  With the first issue of Moore’s Providence now out in stores, you can get the skinny on where this vital series is going and find out what it is like to work with the one and only Alan Moore. 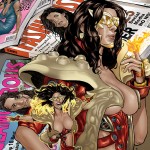 Christian Zanier has been making waves as one of the best new art talents at Avatar over the past few years.  He has worked with Garth Ennis and Christos Gage on two impressive Crossed arcs and now is promoting his first all original title – Ember!  To help promote Christian’s rare convention appearance there are several Ember exclusive Prints and a special #0 variant cover available at the show!

Make sure you stop by the Avatar Press booth this weekend to catch up on everything from the industry’s biggest risk taking cutting edge publisher!