These are the new Avatar Press digital items available at ComiXology and ComCav.net right now:

PRODUCT DESCRIPTION:     The end is near… can you feel it?  All is revealed in this issue 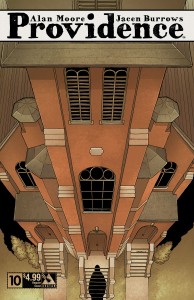 and Robert Black undergoes the most startling of transformations.    Robert Black has experienced the world beneath the layer we see in our daily lives.  And one cannot look into that abyss without it looking back at your very soul.  Alan Moore and Jacen Burrows have created
something we have never seen before.  A fully realized masterpiece that embraces the true horrors of H.P. Lovecraft and delivers a one-of-a kind slow burn horror that will leave you forever scarred by its insidious nature.

PRODUCT DESCRIPTION:      In the dark days of winter, 1940, a handful of pilots show up at 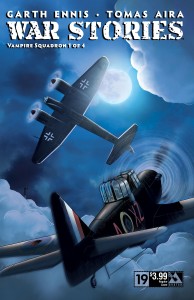 a remote Royal Air Force base in rural England. Some are British, some are Poles, Czechs, French, Australians, Canadians- the orphans of Nazi-occupied Europe and the children of the Empire. No other squadron wants them; they don’t even like each other much. Which is unfortunate,
because they’re about to take to the deadly night skies at the height of the Blitz- Hitler’s dreadful aerial onslaught on the cities of Britain. Part one of the four-part Vampire Squadron, by Garth Ennis and Tomas Aira.