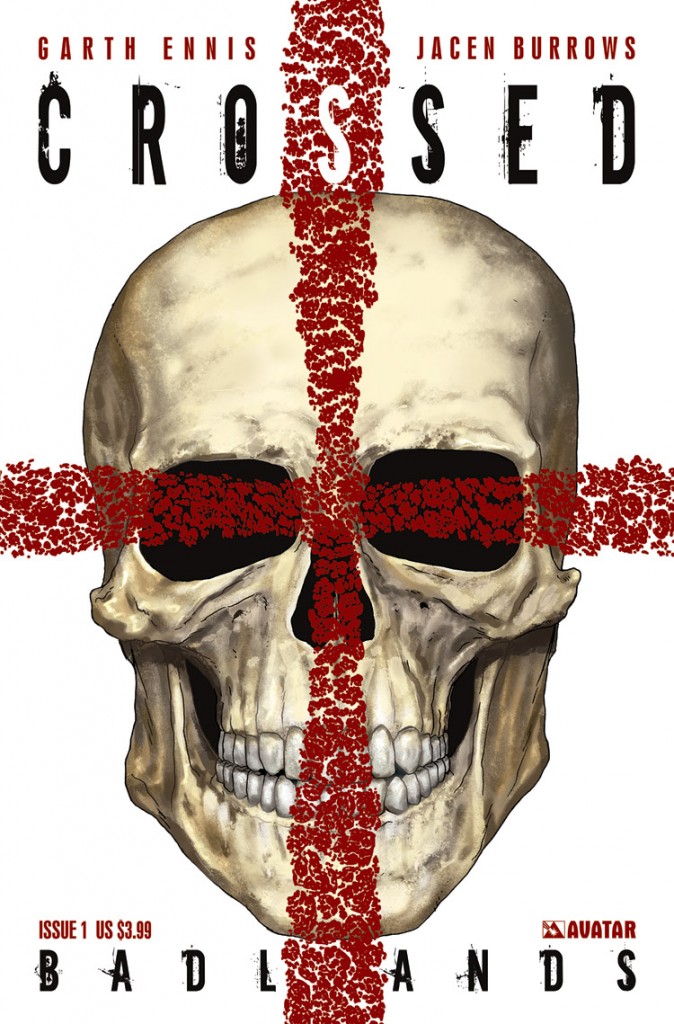 Since its debut miniseries in 2008, CROSSED has captured the attention of comic book fans across the world with the high tension and visceral horror of its premise: in moments, a viral contagion spread over the face of the Earth, turning much of the populace into sadistically evil psychopaths. The CROSSED: BADLANDS series will present tales from all over the globe, with each story arc provided by a different creative team. Beginning with issue #1, Garth Ennis and Jacen Burrows relate a story of a young Englishman, scrambling to avoid roving bands of the ?Crossed,? while simultaneously dealing with the traumatic death of his wife.

The return of Ennis and Burrows to the CROSSED universe has been one long demanded by readers. Regarding his return to script the new CROSSED: BADLANDS series, Ennis says, ?It feels cold and bleak and bad and dark, which is exactly how I hoped it would. You don?t write CROSSED with the sun shining in your heart; you write it around midwinter, watching the long night devour the feeble day.?

Artist Jacen Burrows has dedicated several months to the artwork of the first BADLANDS story arc, working ahead to accommodate the bi-weekly publishing schedule. While his most recent sequential artwork was showcased in Alan Moore?s NEONOMICON, a critically-acclaimed Lovecraftian horror series, he has been consistently contributing to CROSSED as a cover artist for every single tie-in comic book (including the FAMILY VALUES and PSYCHOPATH miniseries, as well as the best-selling original graphic novel, CROSSED 3D). His recent body of work has solidified his reputation as a master storyteller of both subtle, atmospheric horror and visceral, bloody gore. 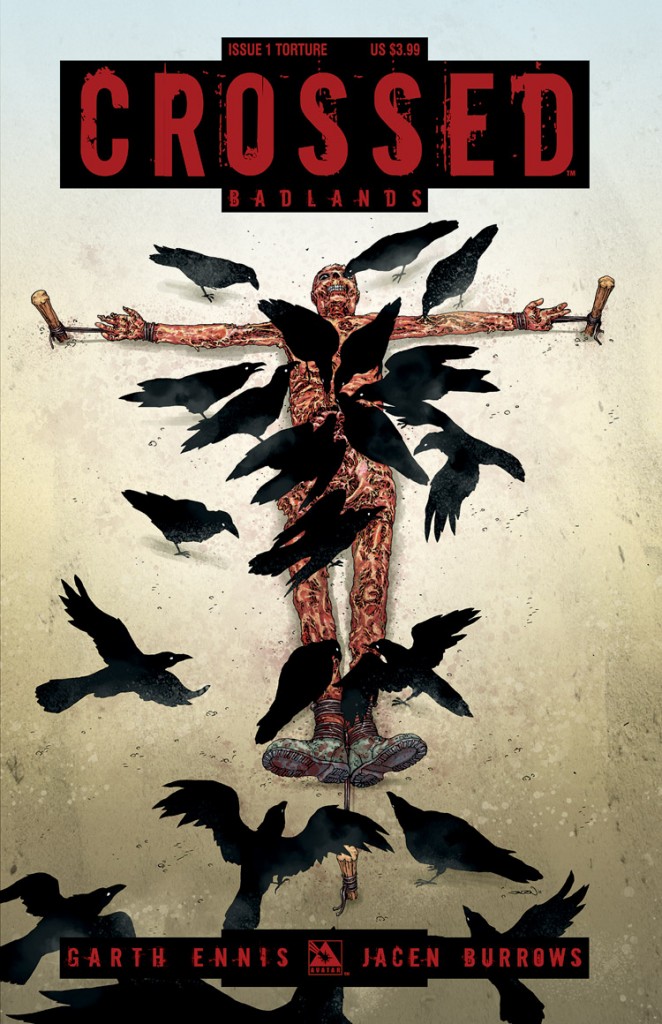 ?The horror genre has been through a lot as it has gotten more popular in the mainstream. It?s been abused and defanged by charlatans out for a quick buck, those who make one-dimensional, generic, formulaic product,? says Burrows. ?With CROSSED, we want to do real horror that pushes the envelope so we can explore the limits of the human condition. It isn?t about violence so much as showing the stakes the characters are facing, and it is our willingness to go to that edge that makes the world so affecting.?

To promote the launch of CROSSED: BADLANDS, Avatar Press is working with Diamond Comic Distributors and retailers in the United States, Canada, and the United Kingdom to celebrate ?C-Day,? an in-store event meant to expand readership and drive sales for comic shops. C-Day Survival Kits will be available to retailers, containing promotional goods including posters, counter displays, temporary tattoos, buttons, posters, masks, and rare Bonus Edition comics. As a tool for retailers, Avatar Press will simultaneously release the CROSSED: GET INFECTED C-DAY EDITION comic book, a special reissue of the first-ever CROSSED story that serves as a perfect introduction to the entire series.

As with many of their comic books, Avatar Press will offer several different cover editions of each CROSSED: BADLANDS issue, providing fans with the freedom of choice for which graphic, visceral images they want to collect. 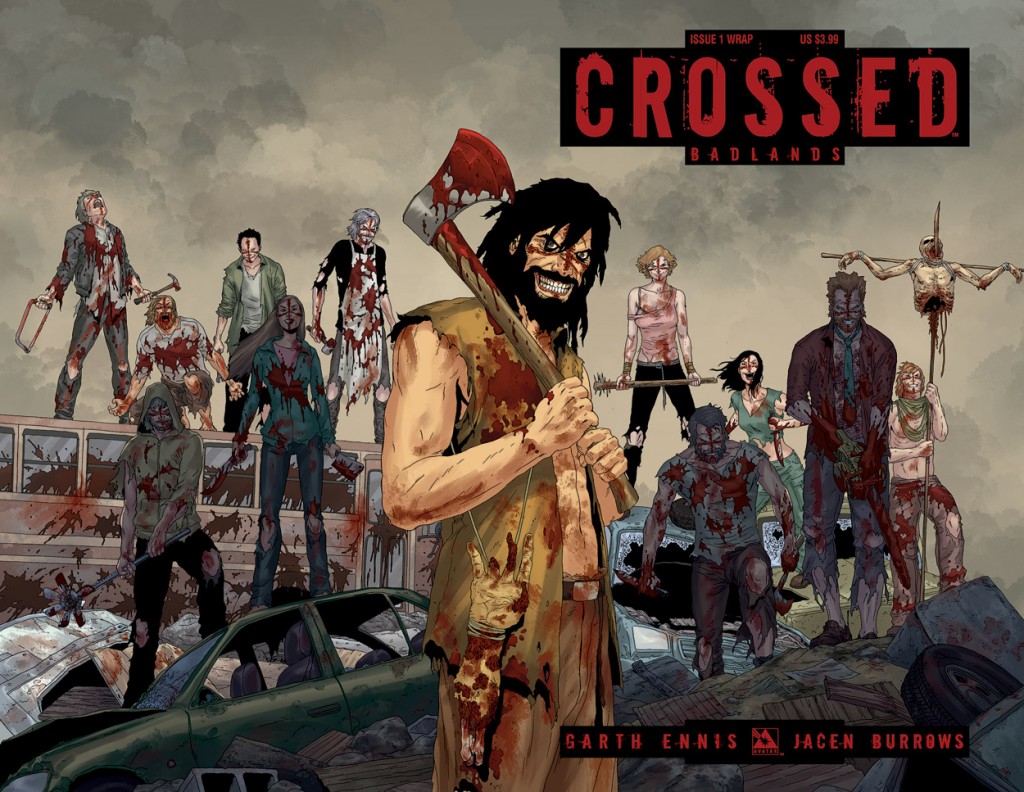