Make Your Voice Heard! Support CROSSED: WISH YOU WERE HERE at your Local Comic Shop!

Earlier this month, we posted an article promoting the Crossed: Wish You Were Here Volume 1 graphic novel, which is available for fan and retailer pre-order through the June Previews catalog.? We are proud that Diamond Comics selected the first volume of this new Crossed project as a Featured Item for the month!

With the Previews catalog deadline looming (which means that retailers need to place their pre-orders with Diamond this coming Thursday, just three days away), we’re down to the wire to make sure that the local comic shops know that the fans are on-board for the new book!? When you visit your favorite retailer on “New Comic Wednesday, be sure to tell ’em to reserve a copy for you!? The whole gang here at Avatar Press will love you for it, especially Simon Spurrier and Javier Barreno, who’ve put so much effort into making this book come alive.

To give you a sense of where Wish You Were Here begins, here’s Spurrier’s own description… 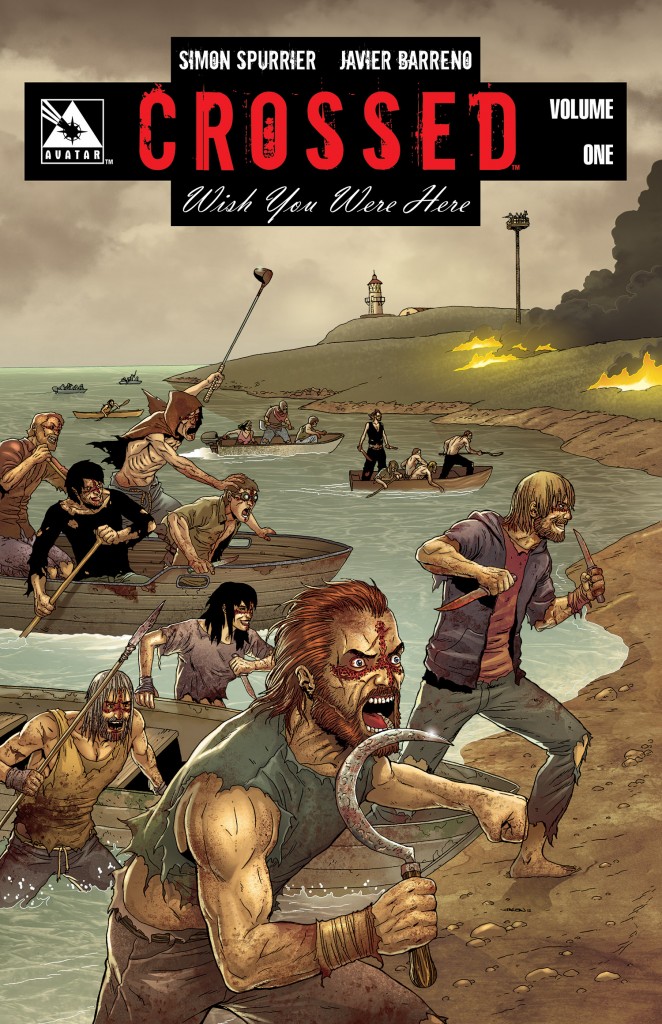 The Crossed pandemic swept through London like a lightsaber through slug meat. Out in the countryside, people might have stood a chance ? to run, to hide, to never look back ? but in the city? Penned in, seething with visitors and vendors, tourists and tarts??

Imagine it. The Trafalgar Square fountains running with blood? the Soho streets ? previously the haunt of trendy haircuts and media-monkeys ? now swarming with sadists? a plane strikes the London Eye like an angry angel and cleaves it in two; red buses rampage like mobile abattoirs; fires gnash at the famous skyline, and ? above it all ? the endless sound of laughter. Cruel, childlike, vicious?

Imagine the city transformed ? a labyrinth plucked from the heart of Hell ? and you?ll understand that the odds of anyone getting out alive and uninfected would be a million to one. And then recall that London has ? or rather had ? a population of seven million. Which means that a handful of people? a handful of impossibly-lucky guys, by the law of averages alone, might just have made it…

Shaky is one of them. Winner of the most important lottery in the world: ejected from a maelstrom of close-shaves and crippling traumas that took him from a quiet Soho caf? ? writing overblown spandex comics as does every other day ? to the bloody banks of the Thames Barrier seven miles downriver. Born again into a changed world, tasked with finding a new reason to live. A new sanctuary. And, when he gets there, to wonder What The Hell comes next?


The first volume of the ongoing Crossed: Wish You Were Here graphic novel series can be found in the June Previews catalog on page 251. It’s available in three cover editions: Softcover, Hardcover, and a special Signed Hardcover with autographs from Spurrier and cover artist Jacen Burrows (of Crossed: Badlands and Neonomicon fame). See below for a sampling of interior pages; just click on the pics to see the large version! 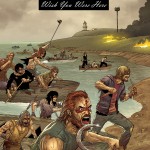 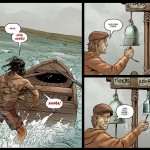 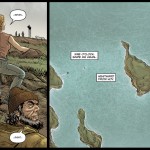 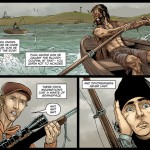 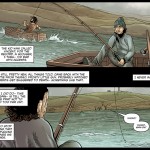 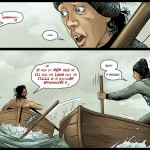 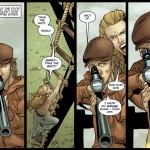 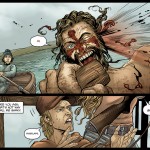 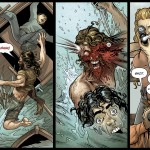 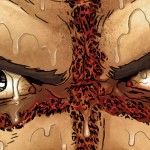