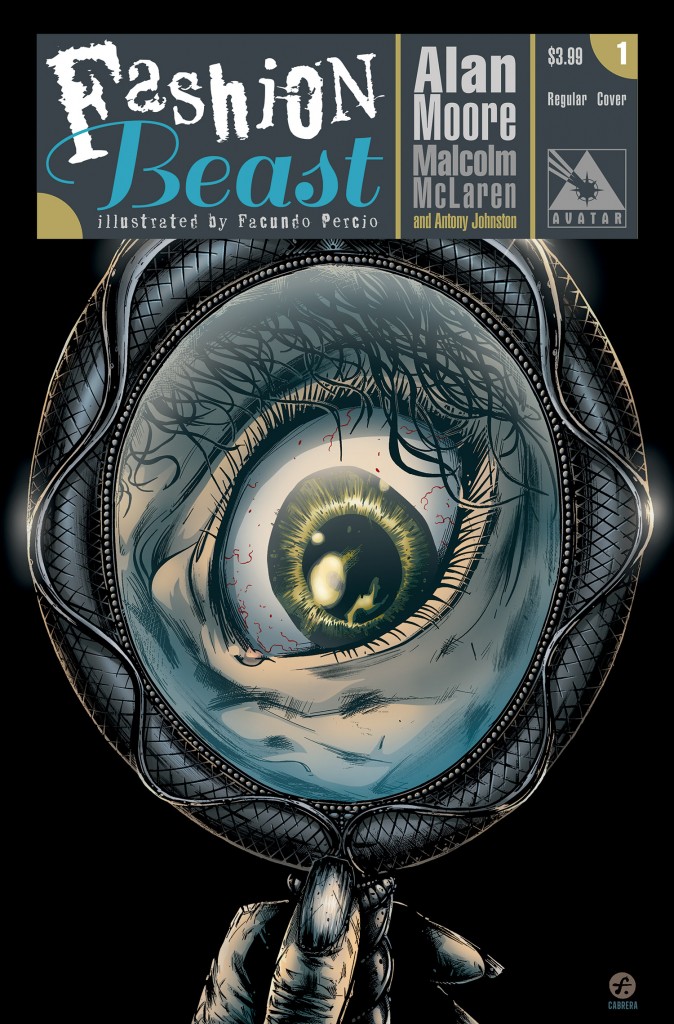 Avatar Press proudly announces the upcoming September 2012 launch of Fashion Beast, an unearthed collaboration between legendary graphic novelist Alan Moore and punk rock pioneer Malcolm McLaren. Originally written as a screenplay, the ten-issue maxi-series is adapted to comics by longtime Moore partner Antony Johnston (The Courtyard, Daredevil) and beautifully illustrated by Facundo Percio (Anna Mercury). Set in a dystopian future dominated by a fashion house, Fashion Beast reinvents the classic Beauty and the Beast fable in a society held together (quite literally) by a needle and a thread.

Fashion Beast introduces young Doll Seguin, a spirited and sassy coat-checker working at a trendy nightclub. While the world outside fears an oncoming nuclear war, Doll escapes into the carefree lifestyle of music and decadence, a fantasy inspired by the fashion designs of the mysterious Celestine. Catching the deformed recluse?s eye, Doll is drawn helplessly into a sordid tale of tragic lies, false identities, fear, and violence.

Alan Moore wrote Fashion Beast as a screenplay in 1985, during the very same period of stunning creativity that yielded such masterpieces as Watchmen, Miracleman, Swamp Thing, and V for Vendetta. The project came to be when Malcolm McLaren, the impresario and fashion designer best known for founding the Sex Pistols, approached him with the offer to write for film, a first for Moore. He eagerly accepted McLaren?s Fashion Beast concept and set to the task of writing its almost 200-page script. “I wanted to work with Malcolm McLaren,” recalled Moore in a 2000 interview. ?He?s somebody that I (had) a lot of admiration for and, you know, it was a laugh.?

“The screenplay that I turned in was just what he wanted,? said Moore. Renowned for his dense comic scripts, he added, ?I remember him saying that I really ought to leave something for the director to do, because I was writing the screenplay the way I would one of my comics, where you?re talking about camera angles, you?re talking about composition. But yeah, it was fun.”

Never before published, the story of Fashion Beast developed into a comic book series after the 2003 meeting of McLaren and William Christensen, president of Avatar Press. The series launches in September with a #1 issue, available at fine comic book specialty shops throughout the United States, Canada, and the United Kingdom. Avatar Press will publish the first issue with two standard cover editions, allowing fans the freedom of choice: 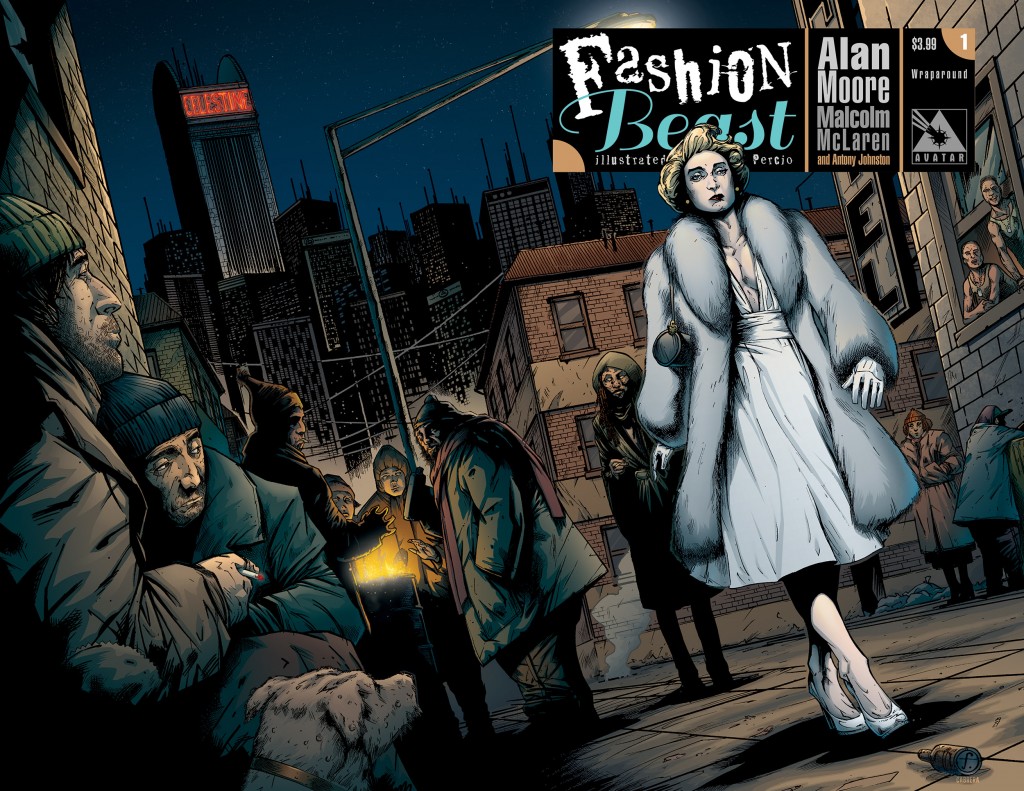 Retailers may also be eligible to order limited edition variant editions in two formats, the Haute Couture and Tarot editions, as per the criteria indicated in Diamond Comic Distributors? July Previews catalog.