Orders from the September issue of Previews are closing in just a few days and the Caligula Vol 2 Heart of Rome trade paperback is one of the featured items for the month. ?David Lapham has become well known for some of the darkest horror in the Avatar Press line. ?From twisted work on Crossed to the violent re-imagining of the werewolf legend in Ferals, his stories have terrified readers everywhere. ?The Caligula series is a special kind of twisted that goes beyond the vices of mortal men and into the supernatural realm of demonic possession. ?Over the course of the first two series, we’ve followed Felix, a seemingly innocent victim of Caligula’s excesses who gives in to the absolute power of the demon and becomes a monster himself. ?His journey comes full circle in this second volume as the demon seizes an opportunity to rid itself of the trifling man who would be king. ?And he must face the very monster he created while in possession of the mysterious Caligula box or be destroyed.

Lapham has been hailed as being the most extreme writer in comics by the Horror Happy Hour. ?And anyone who has read the twisted tomes of Caligula would be hard pressed to disagree. ?For a story that is brilliantly painted by German Nobile and masterfully told by Lapham, make sure you ask your local retailer to reserve a copy of the new trade paperback. ?This volume collects issue #1-6 of Caligula: Heart of Rome. 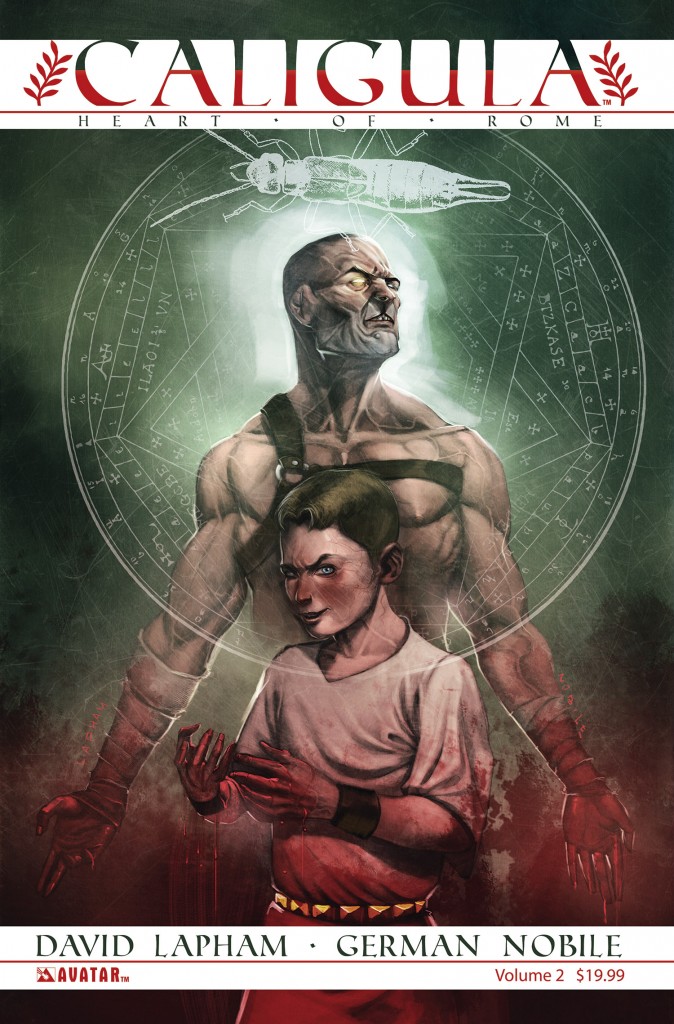