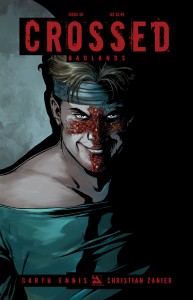 here! Armageddon has come and there is no stopping the wave of Crossed violence as the infection spreads simultaneously across the globe. Fear, violence, and unrestrained murder run rampant in the streets. The government has lost control and the descent into the hell of a Crossed world begins in earnest. There is no help. There is no hope. There is only the Crossed.

PRODUCT DESCRIPTION: ? ? ?Mankind prayed for salvation. As the gods of mythology 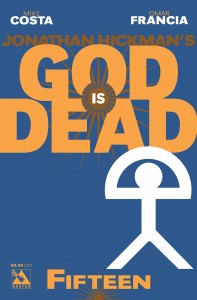 fought and destroyed around them, they hoped and spoke in hushed tones of the return of the Christian God. Jesus was the savior of the human race and he would return to do so again. Or so they believed. Now the Son of God has come back but the images of his gentle touch are absent. Join the ranks of the blasphemous as MIKE COSTA delivers a story that will take you screaming into the pits of Hell.