Justin Jordan has been delivering hard hitting stories for Avatar as seen in his new Crossed Badlands arc and the upcoming God is Dead Book of Acts issue. ?And now, on the eve of Sand Diego Comic Con, Avatar is proud to give a sneak peek at his new upcoming ongoing series, Dark Gods. 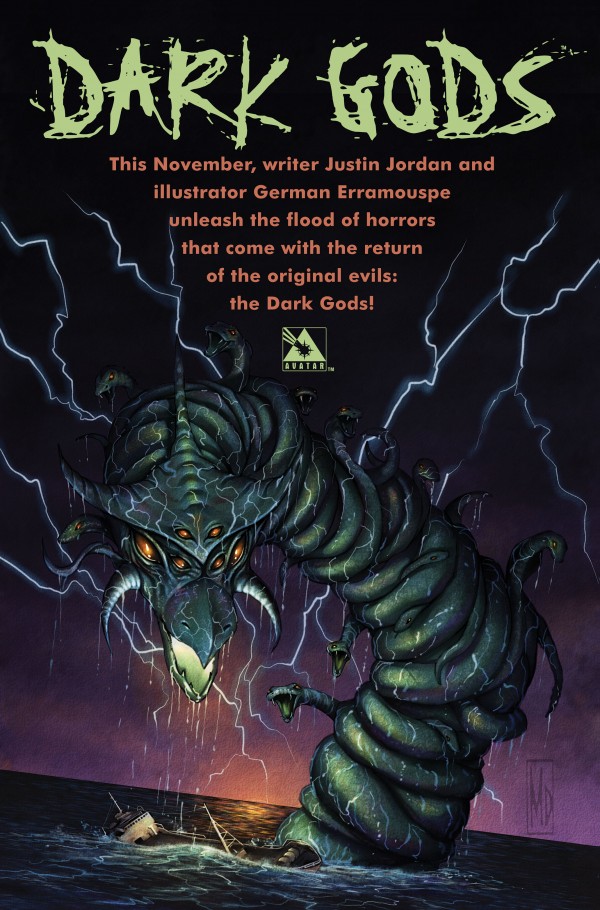 German Erramouspe (Night of the Living Dead Aftermath) drawing ancient megalith monsters returning to the modern world? ?We’re in! ?Look for more from Justin Jordan in the September issue of Previews for this new comic coming in November.