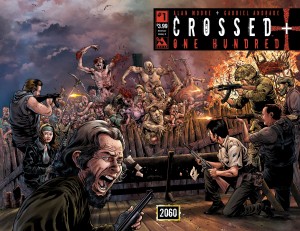 The internet was a-buzz with excitement when the news about famed creator Alan Moore?taking on a new series that goes 100 years beyond the viral outbreak of the Crossed in Garth Ennis’ seminal survival horror story. ?Moore spoke on what he believes makes the Crossed such an interesting subject and what you can expect from his initial story arc:

“The Crossed are a force of nature, a force of the world that has just happened with no real explanation, nor is one necessary, and which humanity has had to deal with. ?I think that that was what attracted me to the idea. ?It was 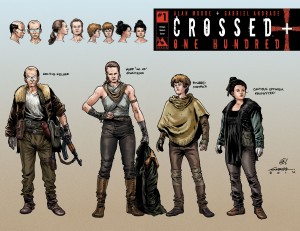 during my conversations with Garth, since I was a delighted convert to his Crossed work, that I was just saying the kind of thoughts that Crossed tended to arouse in me. ?I was thinking “Yeah, so what would happen to the world? ?Would it be a universally bad thing, the Crossed outbreak?” ?And actually, you could say that for 99 percent of the species on the planet , no it would be great. ?It would make a tremendous difference to the environment because human industry would stop dead. ?That would not completely halt global warming. ?We have probably gone too far. ?We are going to have some warming even if we stopped tomorrow. ?We are probably going to have dodgy weather for a couple of centuries in my understanding. ?Because if we 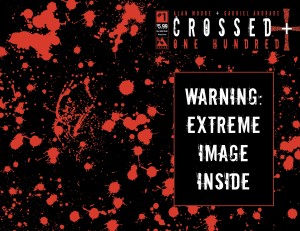 had actually stopped back when everyone said we should stop, back in the 70’s, then we could have probably averted this.

What kind of human future would there be at all? ?Would humans all be gone? ?Once I started thinking about this, I checked all this with Garth, and he thought that it was logical, and it seemed pretty sound. ?So, that’s been part of the thrill of it.”

Moore brings a unique perspective to all projects he undertakes and Crossed +100 is sure to be no exception. ?Look for the new series in the October issue of Previews to be on sale in local comic shops this December. ?And ask your local comics retailer to reserve a copy of this new take on terror for you today.