A New Direction for God is Dead #25 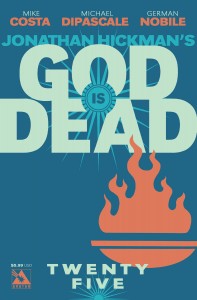 Jonathan Hickman’s God is Dead universe has been through the proverbial fire. ?The population of the once recognizable world has?endured the Second Coming, the return of the pantheons of old, the release of the Titans, and even the resurrection of Jesus. ?It is hard to imagine 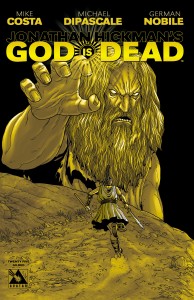 that anything else could shake those stalwart mortals that continue to survive in the wake of godly powers fighting over the remnants of the world.

But Mike Costa has more in store for these wretched souls. ?God is Dead #25 marks the beginning of a brand new direction for the series in a super-sized jump-on arc. ?The Titans have returned to the world and though the 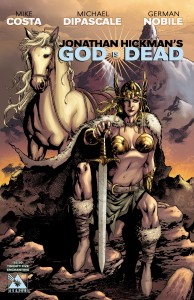 balance of life and death has been restored, are there any who can stand against these giant monsters? ?Welcome to old school Kaiju monsters as leviathan sized ancients attempt to claim the earth for their own.

If you have not tried God is Dead, stop by your local comic shop and ask the retailer to reserve a copy of this new chapter for you.