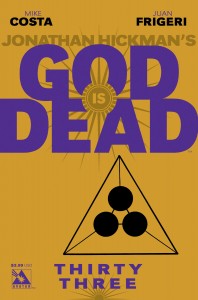 From the beginning, the Jonathan Hickman created world of God is Dead broke the rules of most comic books.  With its aggressive introduction of living gods from every pantheon it changed the way a narrative about divine beings was told.  And since that initial story line, Mike 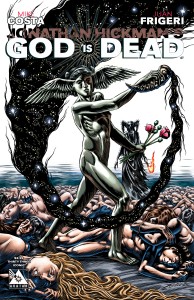 Costa has developed an escalating violence that all is leading to a major change.  A change so bold that it will literally reinvent everything about the world of God is Dead.

Fans have followed along watching battle after battle, but now the true  end game is emerging.  Satan was the being that plotted and planned to kill God and set these events into motion.  Does it not also make sense that it was his machinations from the start that 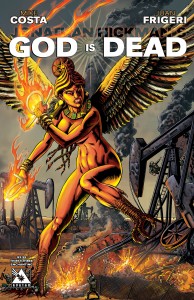 have taken the world here…to the brink…and beyond?

Pick up the latest issue of God is Dead #33 in stores today and see the unbelievable events that have been set in motion.  The end is near…for everyone.