Uber Chapter One Comes to a Close 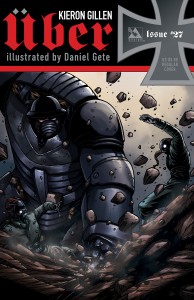 Kieron Gillen’s amazing altered history epic, Uber closes out its first chapter with terrifying consequences today in comic shops and digitally on ComiXology.  With Uber #27 the curtain closes on the first act of enhanced human 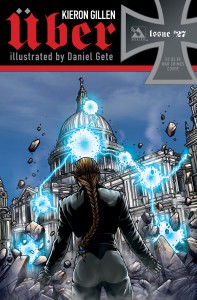 warfare in World War II.  And the story ends with a major revelation.  The Nazi war machine has been unstoppable in Europe but location has kept the United States relatively safe…until now.

Go to your local comic shop today and catch up on one of the most powerful stories being told in the comic book medium.  And look for Uber Chapter 2 to begin next year in 2016!