These are the new Avatar Press & Boundless Comics digital items coming to ComiXology on Wednesday 10/28/15:

PRODUCT DESCRIPTION:      Siblings are a blessing and a curse.  Jack discovers that a 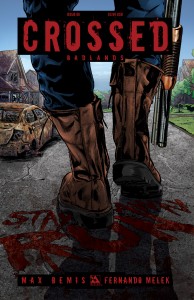 lifetime of hatred by his troubled brother can turn into an instant of misery in a Crossed world.  Three very different people come to terms with the Crossed infection as a strange love triangle plays out once more further fracturing
the dysfunctional family dynamic between brothers.  Singer and songwriter Max Bemis of Say Anything delivers a powerful and emotionally charged story in part two of “Shrink.”

PRODUCT DESCRIPTION:      The epic return of the gods has come and what happens in the 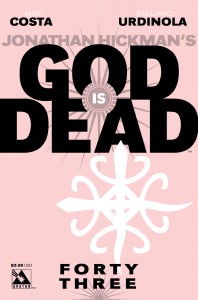 wake of divine re-entry in the lives of mortals is unforgettable!  At first it was a trickle as some divine outliers found their way to Earth, but now the floodgates are open and the world is once again tossed about like a
ship on the ocean.  The last time the gods brought about the destruction of everything…will history repeat itself? 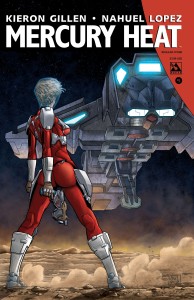 with all the lawless criminal elements of the old west.  No one wants the duty of policing the violent miners and cyborgs that populate the territory.  No one except Luisa who has dreamed of being a police officer since she was
young.  But this cop isn’t your regular law enforcement agent.  She’s a hardnosed fighter who pulls no punches in Kieron Gillen’s original sci-fi epic! 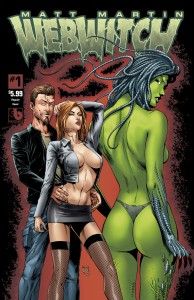 with an enormous 64 page first issue!  Written and drawn by the cover maestro, Matt Martin, Webwitch is the story of a sultry secret agent, with skills far beyond her peers.  She never suspects those heightened reflexes and amazing agility are due to alien DNA, locked away in her system.  All seems to be perfect for Nina as she falls in love with her handler and together they go on exotic missions… until her world crumbles.  The Webwitch alien race comes to Earth, bringing carnage and death, and activates her as a sleeper
agent.  Now with her true nature revealed, and new abilities to change form, Nina is torn between worlds .  Webwitch is a thrill ride of everything from monster carnage and alien melting death rays to sexy women, and even sexier aliens!

PRODUCT DESCRIPTION:      The violent and horrifying conclusion to the series 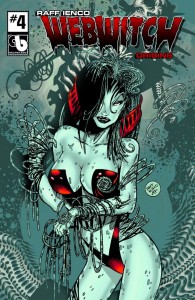 arrives as the Webwitch orchestrates a mass execution in Barrow, Alaska. Now with few options left the US military enects a cleansing strike meant to wipe out the hive of Spider-Nation creatures in one terrifying strike. Originally presented in Webwitch War #2 &Threshold.

Fans of horror rejoice, because Vigil is back and better than ever! Nina has a special place in the evolutionary ladder, she is the bridge between the alien Spider-Nation and humans. And her choices can help determine who controls the globe in the next century. Biologically part of both worlds, but not fully embraced by either, she is torn between the desire to help the Spider-Nation expand and the human’s quest to rid the world of the greatest predators the Earth has seen! Drawn by the master of the macabre Tim Vigil and special assists from Adam McDaniel. The final pages are simply some of the finest of Tim Vigil’s illustrious career!  Originally presented in Tim Vigil’s Webwitch #1/2 – 3.