In Stores: War Stories #22 by Garth Ennis and Tomas Aira, the Final Chapter of Vampire Squadron 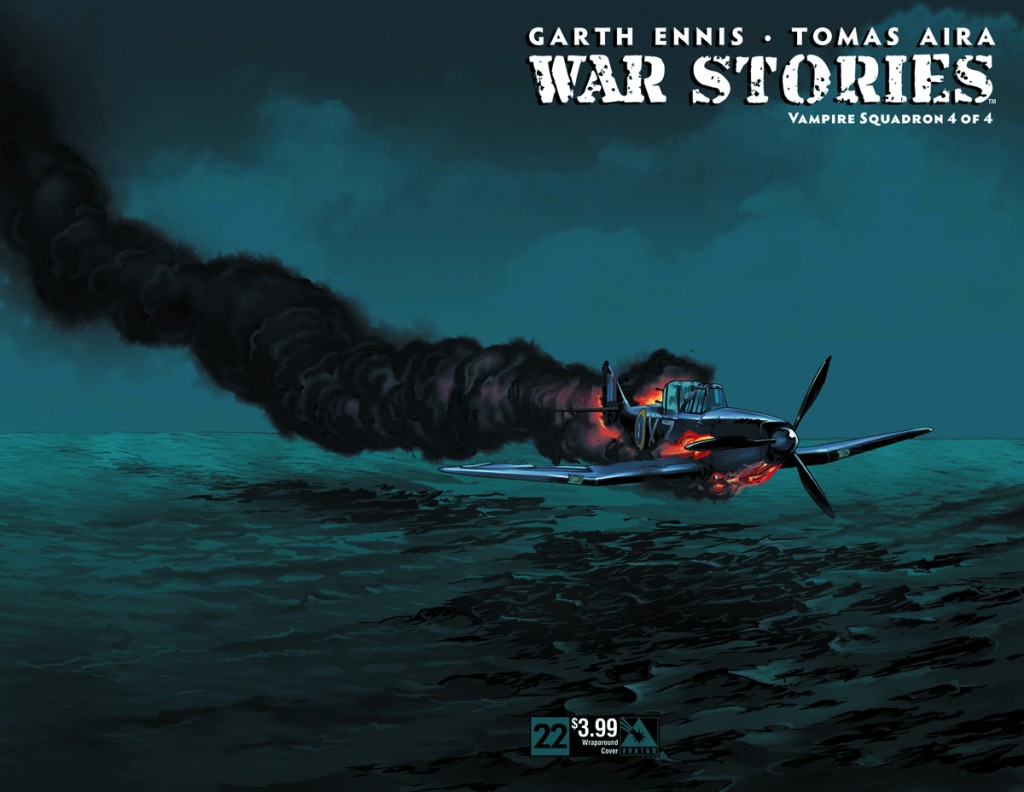 This week, Garth Ennis and Tomas Aira bring us the final part of the Vampire Squadron story.

Terry takes his pilots to the devastated East end of London, where the stakes in the squadron’s battle against the German night raiders become all too clear. Meanwhile, out over the North Sea, Stenberg and Wozniak bite off more than they can chew- or do they? Part four of the four-part Vampire Squadron, by Garth Ennis and Tomas Aira. Available with Regular, Wraparound Covers by Thomas Aria, Good Girl Nose Art and Battle Damage Premium Covers by Matt Martin.

It is thirty-eight years after the Etheric Invasion.

In the West Atlantic Desert, fledgling daemonatrix Fringe loses a duel with Tommy Zero, who claims her solitary daemon as a prize: the adorable flower-generating Fluffbumble. Oh noes!

If you don’t know what any of that means, Kieron Gillen and Nahuel Lopez want to tell you in Modded, the next issue of Cinema Purgatorio, coming soon. And here’s an eyeball full of upcoming art to go along with that tummy full of words. 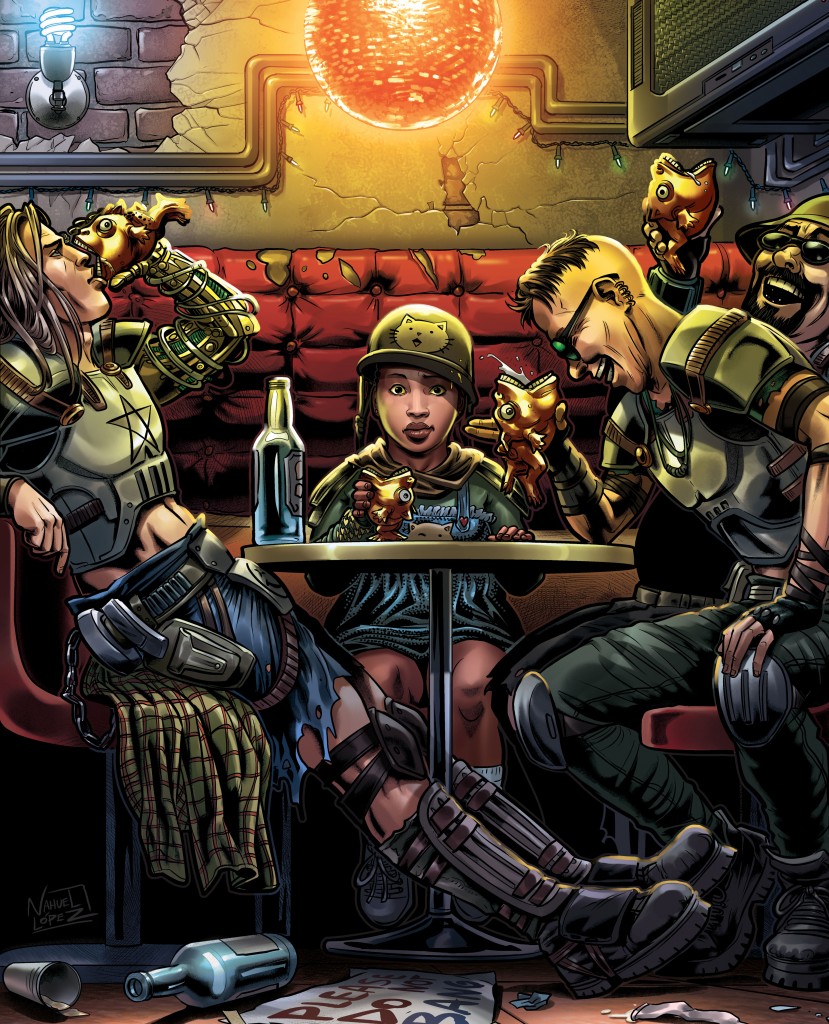 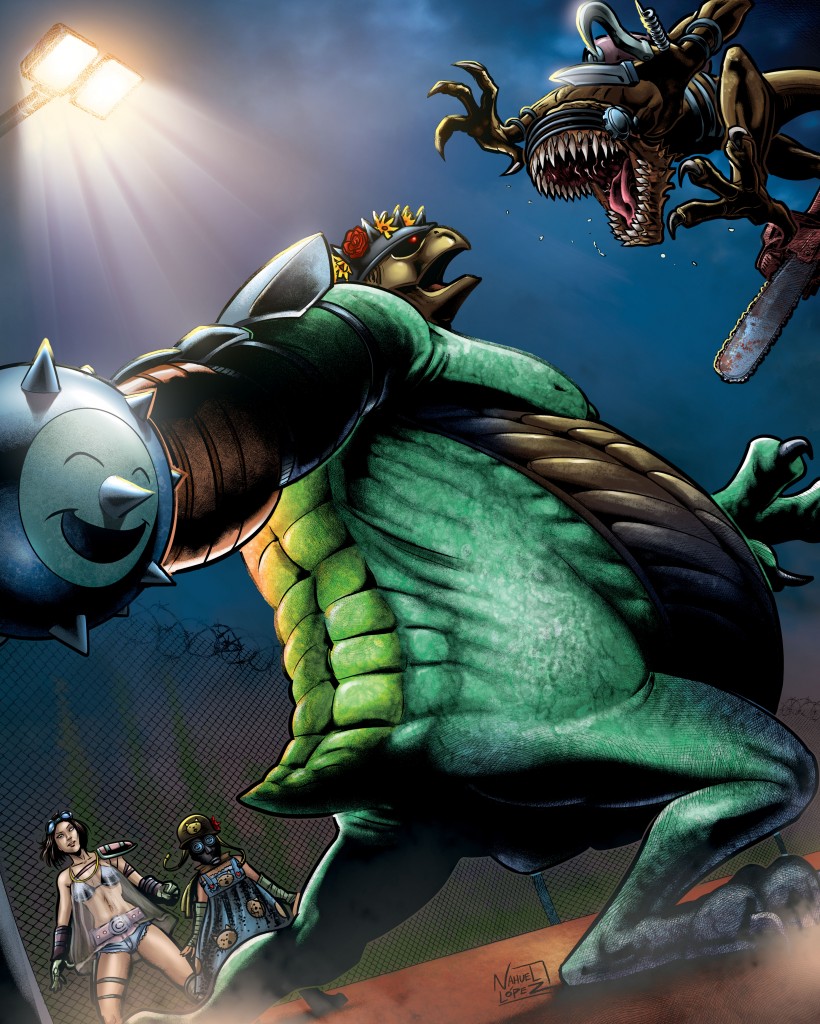 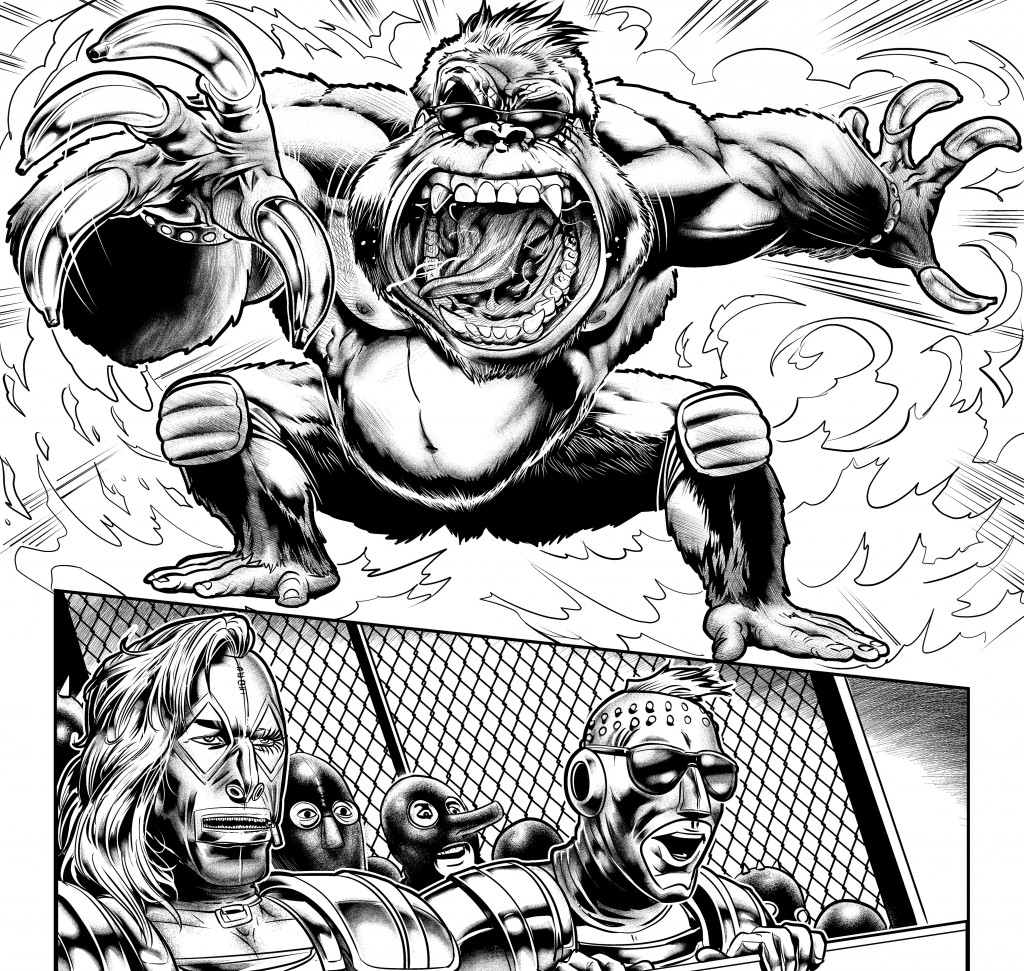 A selection of covers coming from Avatar Press in March. Details to follow. 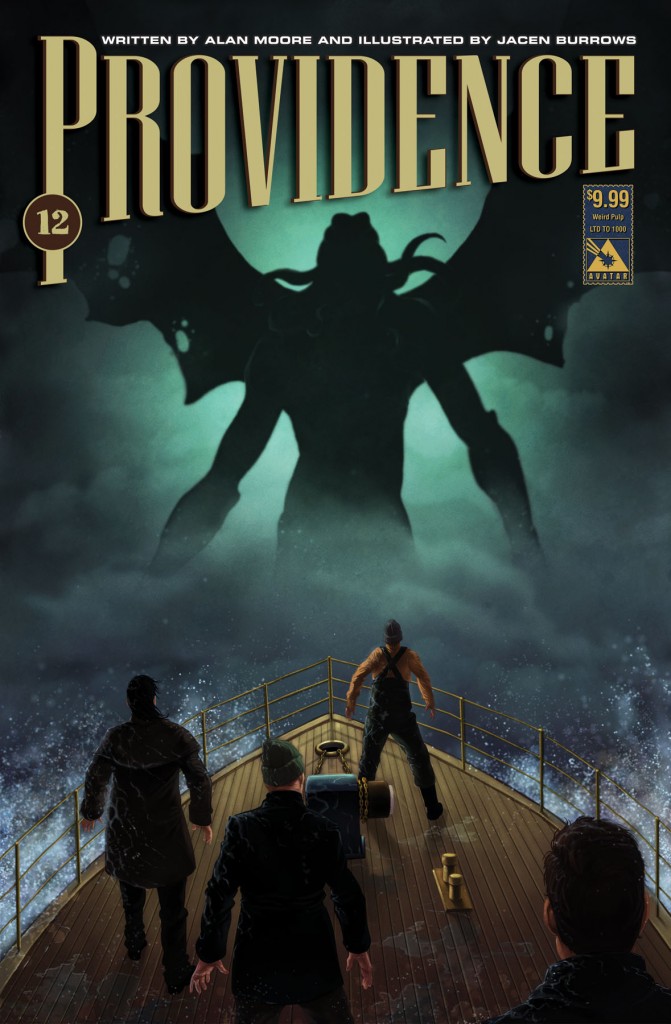 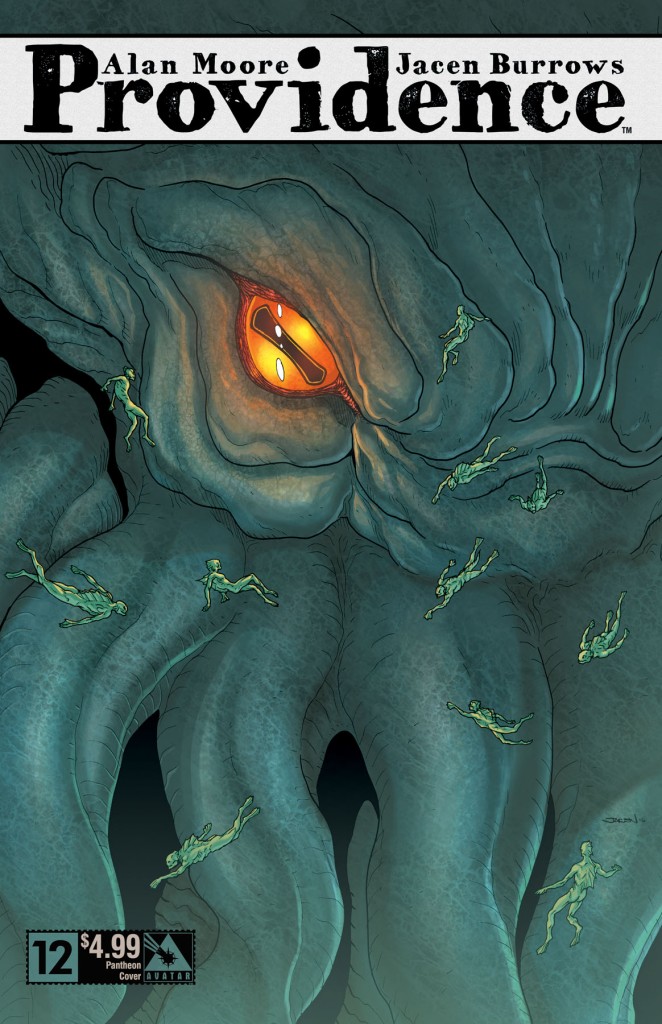 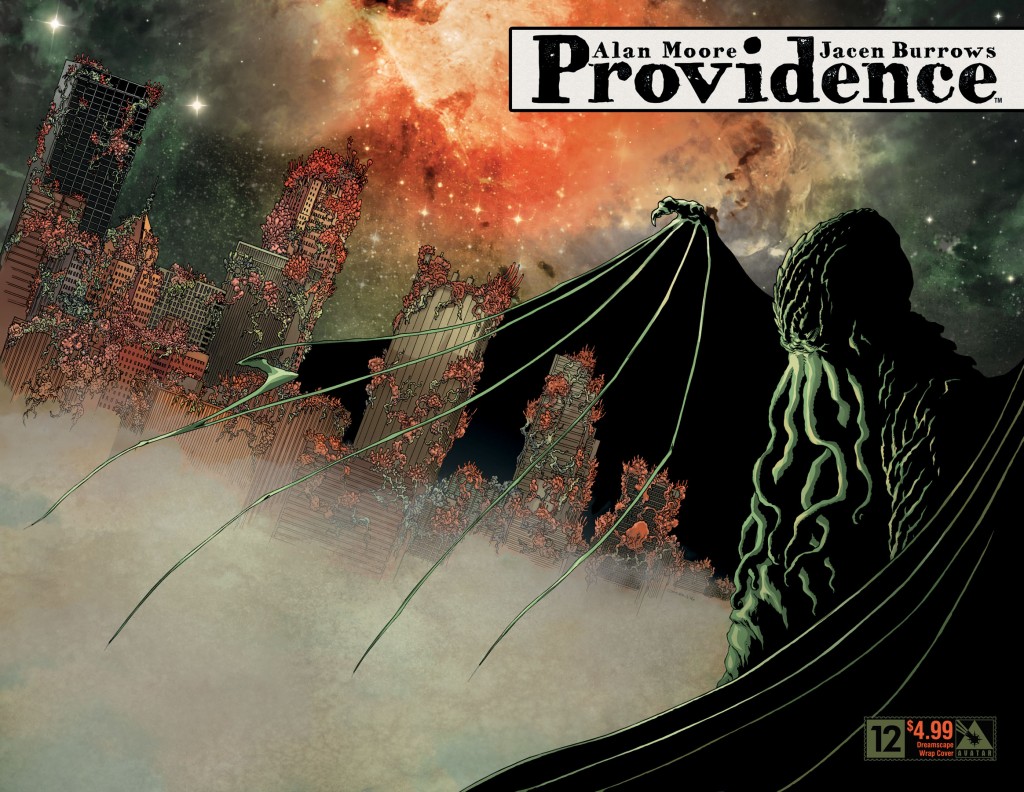 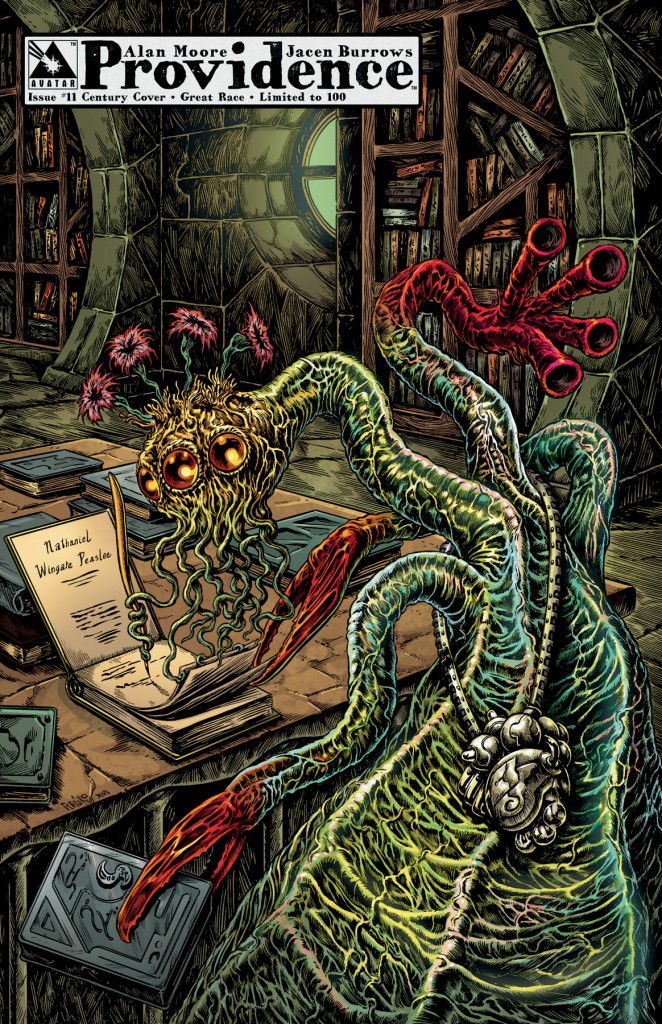 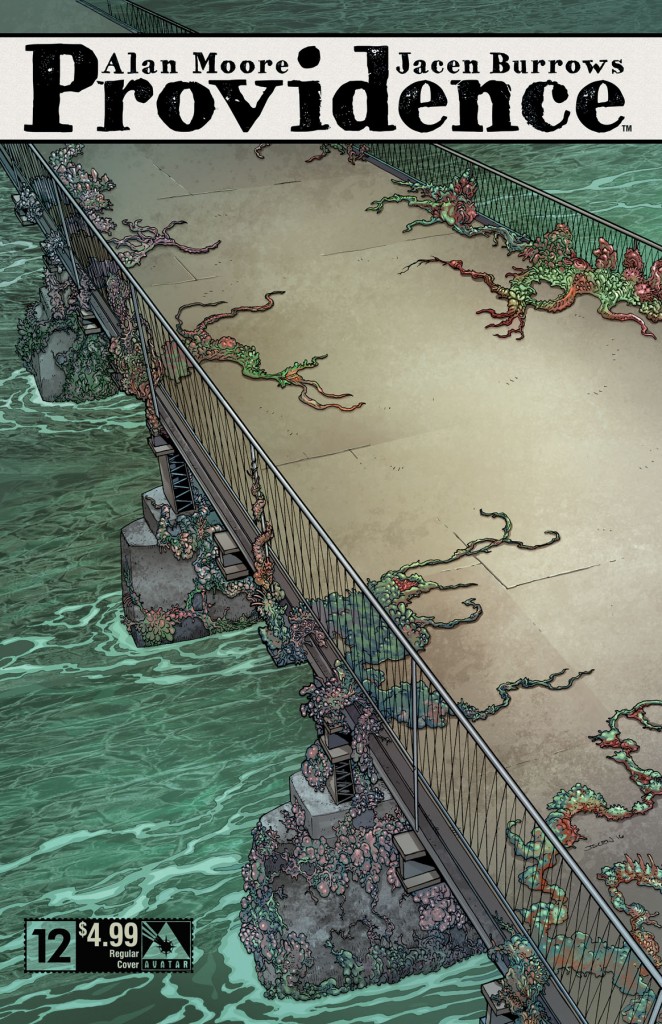 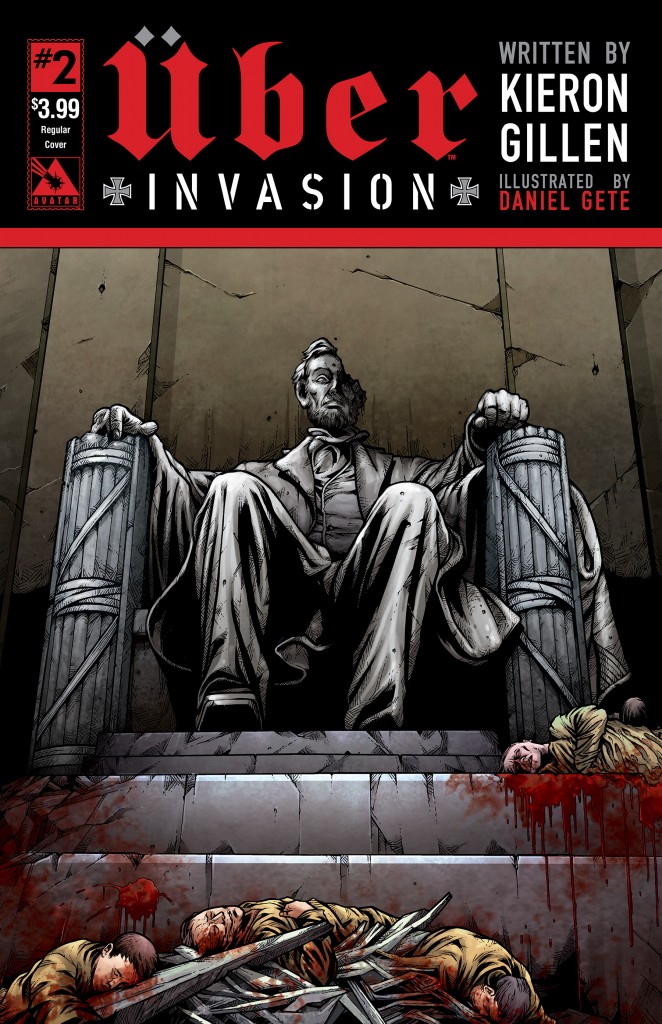 America’s formerly unassailable shores are burning, the White House is a scorch mark, and the Nazi war machine is rolling over the world. The horror of global war is intensified a thousand times over as living weapons with more power than atomic bombs level everything in sight. World War II is dangerously close to wiping out the human race and the Allies have all but been broken. Is there a way to turn back the tide against a German onslaught that seems to be a step ahead of everyone in the creation of Ubers and their deployment?

I’m sure you’ve been wondering… where can this possibly go after the shock and devistation of issue #1?  Well, here’s a quick look at the opening of #2 — if you dare!  Spoilers, obviously.   Uber: Invasion #2 will be in stores around the end of this month. 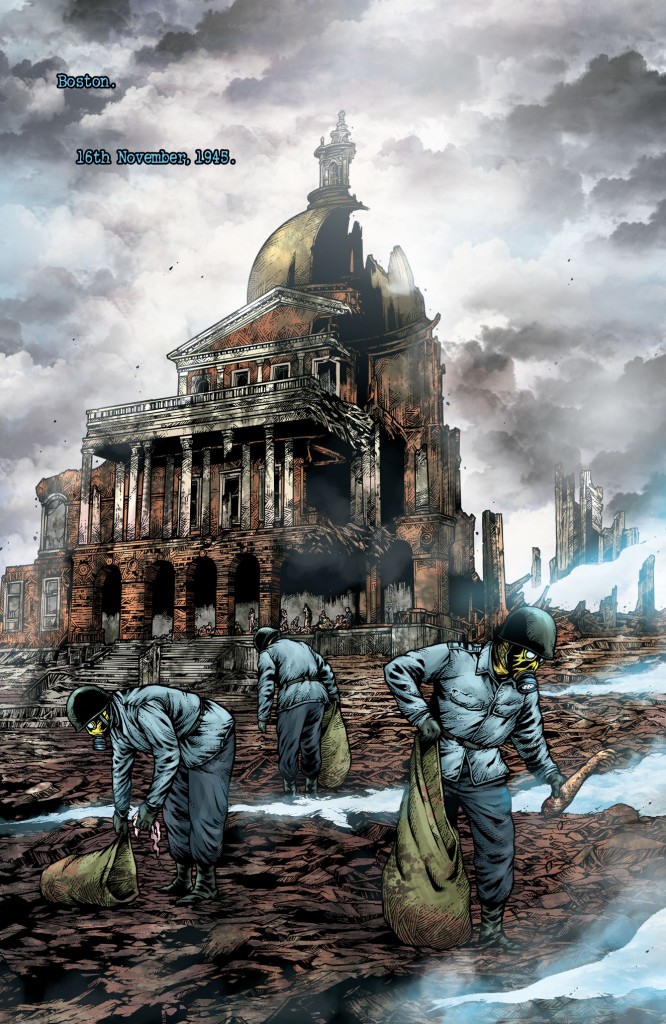 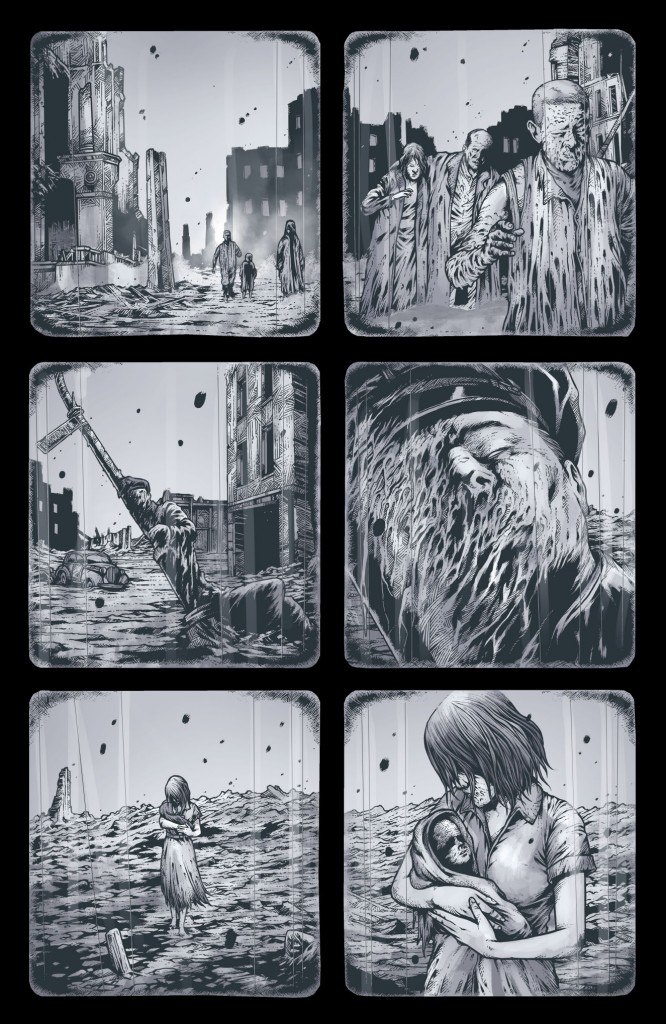 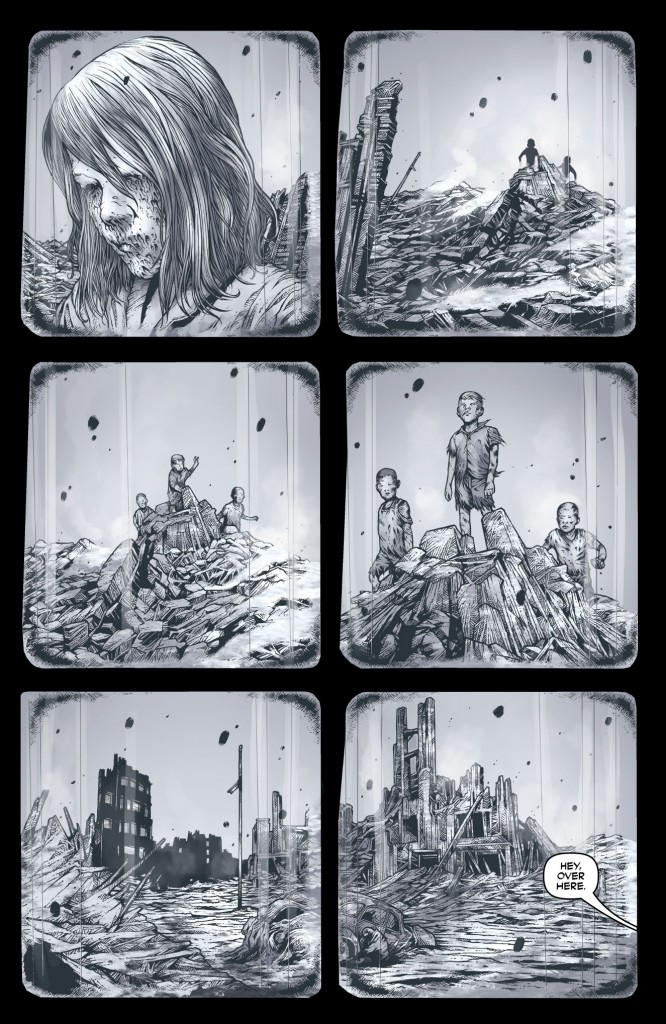 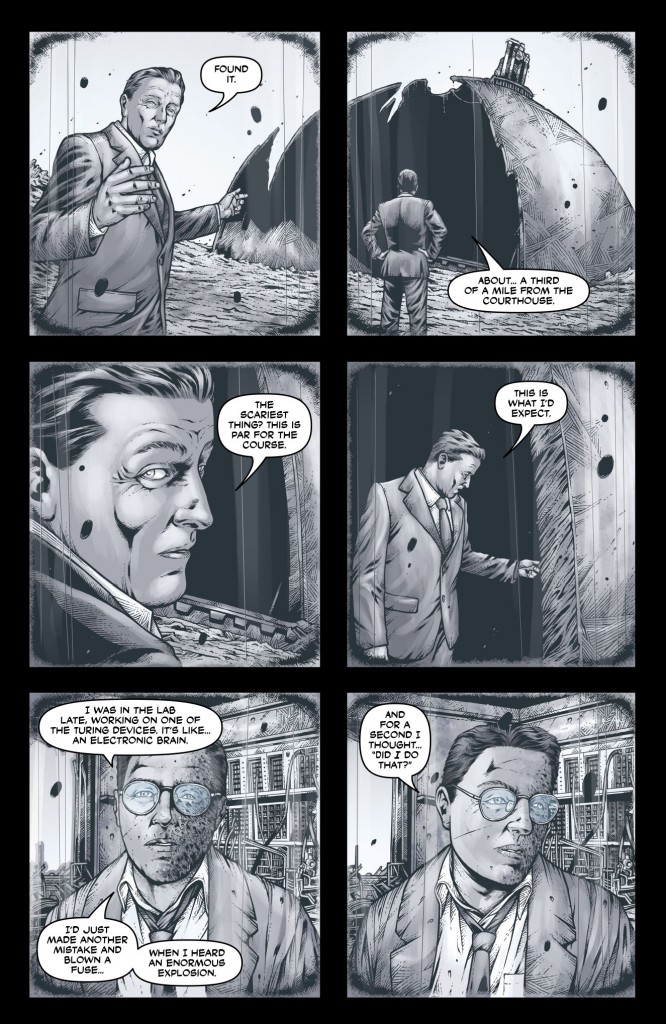 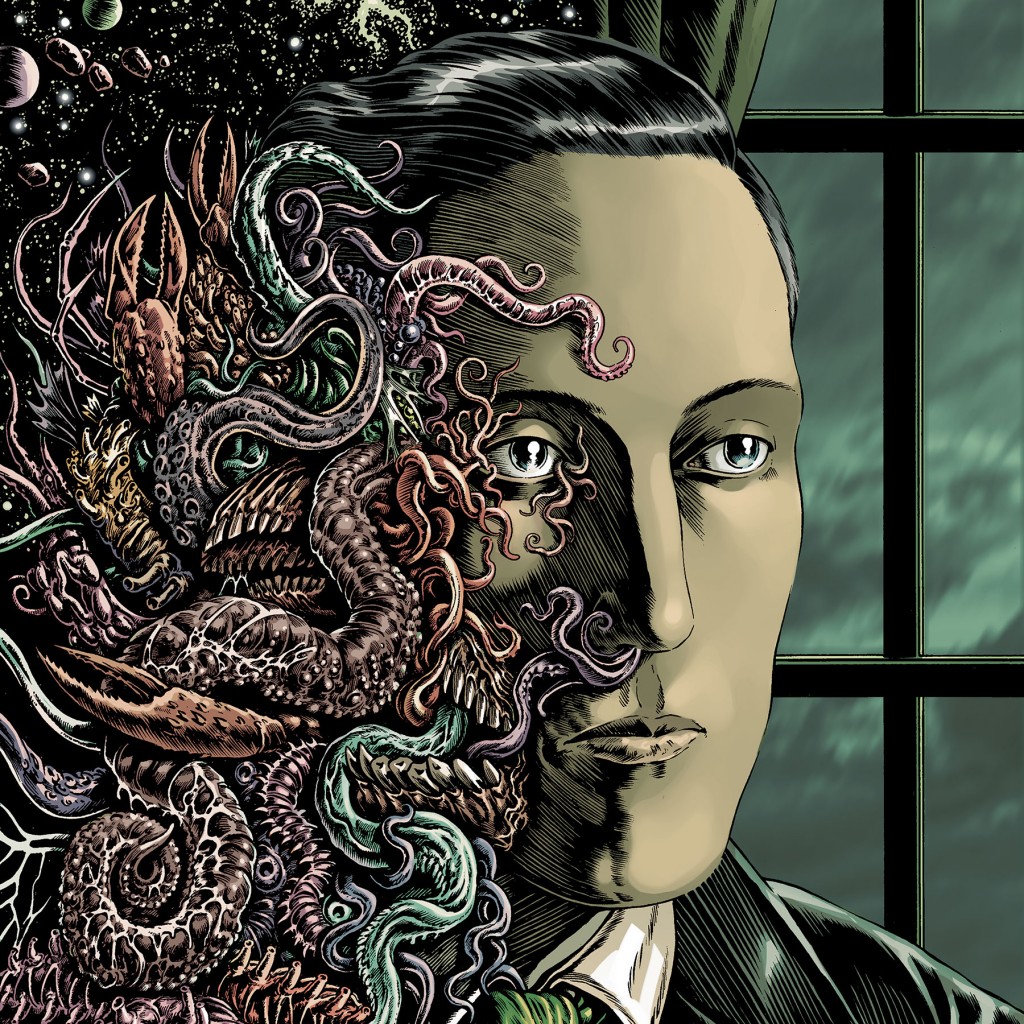 Originally conceived as a set of images by Francisco Raúl Cáceres Anillo, a mad artist of Cordoba, Spain who is said to have been born during the times of the Caliphate of Cordoba, when Abd-ar-Rahman came there intent on regaining his power. Whether he brought a copy of Abdul Ahazed‘s Necronomicon with him when he left Damascus is a matter of some debate — as is artist Raulo Caceres‘ precise relationship to Francisco Raúl Cáceres Anillo of that era — but that the almost inconceivably intense work is vividly and directly influenced by the work of Abdul Ahazed is indisputable.

The ultimate package, all ten of the Century covers, at a huge discount, and limited to 26 Lettered Sets (A-Z)!

The ultimate in rarity comes to Providence! These special Century Editions on #11 features all new images from Raulo Caceres illustrating scenes from seminal Lovecraft works that influenced Providence! But don’t blink, this set of ten books are all crazy rare and will vanish! Each Century Edition ships in a bag and board for protection and is very limited, only 100 copies available of each cover!

Special Holiday shipping news – All orders for this item will be shipping Dec 12, so plenty of time to get it delivered for the holidays! 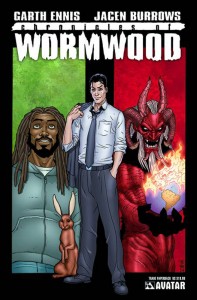 Continuing our theme of horror stories to read over the holidays, today we turn to another under appreciated Garth Ennis masterpiece.  The Chronicles of Wormwood are essential reading for Preacher fans.  This series about the returned Anti-Christ 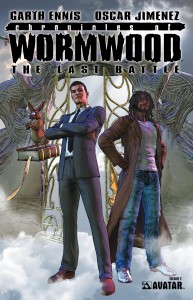 is everything you would hope it would be.  It is riotously irreverent and the horror is deep rooted in religious beliefs.  Volume One is illustrated by Jacen Burrows, who also brought to life the original Crossed series and currently Alan Moore’s masterpiece Providence.

If you are missing Preacher on TV or simply want to read more of Ennis at his very best, make sure you check with your local comic shop, Amazon, or on ComCav.net to find copies of the Chronicles of Wormwood TPBs. 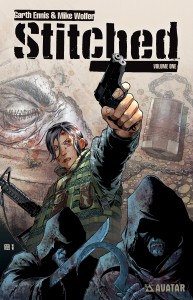 Its the holiday season and as we get closer to Thanksgiving, we are opening up the Avatar Press Cornucopia of Terror and talking about some of the best graphic novels to share with your comic reading friends and family.  Today we are talking about Garth Ennis’ modern horror masterpiece, Stitched.  This is the ultimate in horror inspired by today’s 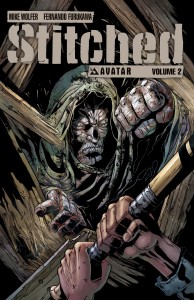 headlines.  An ancient evil buried in the sands of the desert is reborn as a terrorist weapon.

Stitched is one part zombie and one part ghost tale.  Its contemporary storyline will appeal to military enthusiast as well as the horror buff in your life.  The Volume 1 trade paperback is an action horror masterpiece written by Ellis and illustrated by Mike Wolfer.  Volumes 2 & 3 are some of the best vengeance spirit tales 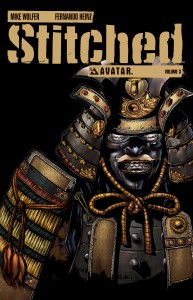 ever told.  These are fantastic books to binge read in your down time and are guaranteed to deliver nightmares to your slumber.

Ask your local comic shop for these classic Stitched TPB Volumes or find them on Amazon, ComCav.net, or digitally from ComiXology.

Get a Ticket to Alan Moore’s Cinema Purgatorio 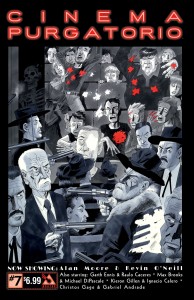 Fans of Alan Moore have been enjoying his surreal trip down memory lane to some of the creepiest theaters of the imagination ever presented.  Cinema Purgatorio is a unique anthology series that brings together some of the biggest 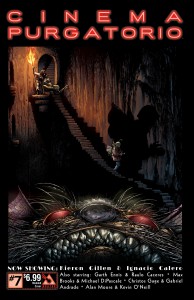 names in all of comics to present twisted horror tales alongside Moore.  Comic book giants like Garth Ennis, Max Brooks, Kieron Gillen, and Christos Gage are delivering an episodic delight with terrifying tales every month. 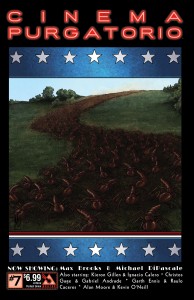 Comic shops have Cinema Purgatorio #7 today.  Stop in and check out the horrors that await you in the pages of this one-of-a-kind series!

The following Avatar Press digital release is new on ComiXology and ComCav.net on Wednesday 11/16/16: 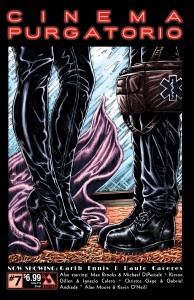 this next feature… Now showing: Cinema Purgatorio by Alan Moore and Kevin O’Neill, A More Perfect Union by Max Brooks and Michael DiPascale, Code Pru by Garth Ennis and Raulo Caceres, Modded by Kieron Gillen and Ignacio Calero, and The Vast by Christos Gage and Gabriel Andrade.

The following Avatar Press item is new in comic shops on Wednesday 11/16/16:

this next feature… Now showing: Cinema Purgatorio by Alan Moore and Kevin O’Neill, A More Perfect Union by Max Brooks and Michael DiPascale, Code Pru by Garth Ennis and Raulo Caceres, Modded by Kieron Gillen and Ignacio Calero, and The Vast by Christos Gage and Gabriel Andrade. Each story has its own cover by the series artist and there is also an Ancient Tome Premium edition limited to 1000 copies.