New This Week: Night of the Living Dead: Aftermath #7

The original Night of the Living Dead changed the way we look at horror movies forever when it debuted in 1968. ?George A. Romero’s ghouls set in motion a classic horror that would haunt nightmares and speak volumes about the state of the human condition. ?The film has been imitated, remade, and extrapolated into many different mediums. ?But one thing never changes – the horror. ?And Avatar Press strives to keep the frights as original as we can in the only officially licensed Night of the Living Dead comic books. ?David Hine brings a visceral edge to his work on the NOTLD Aftermath series that is a fitting addition to the cannon.

New in stores this week is Night of the Living Dead: Aftermath #7 – the first chapter of a the new arc that continues the unlucky Las Vegas survivors’ trials and tribulations in the new world. ?With the zombie virus spreading uncontrolled over the country, hope for a?safe-haven?swiftly diminishes. ?And when one is found…can the human horrors within be that much different than the misery of the shambling dead? ?Find out in this new arc and see why David Hine is redefining fright in the Night of the Living Dead series. 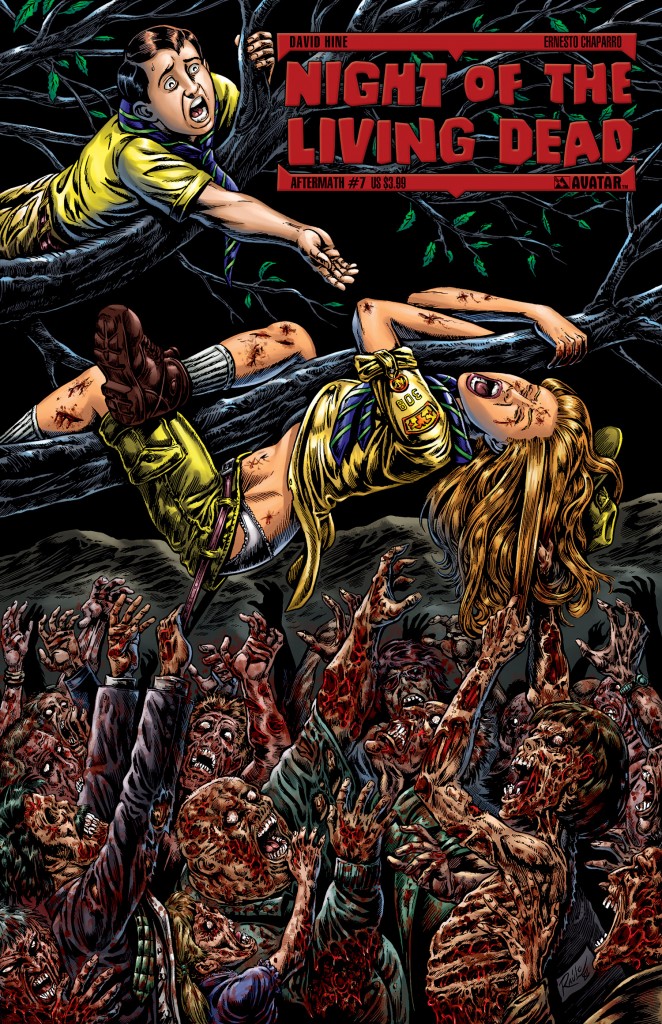 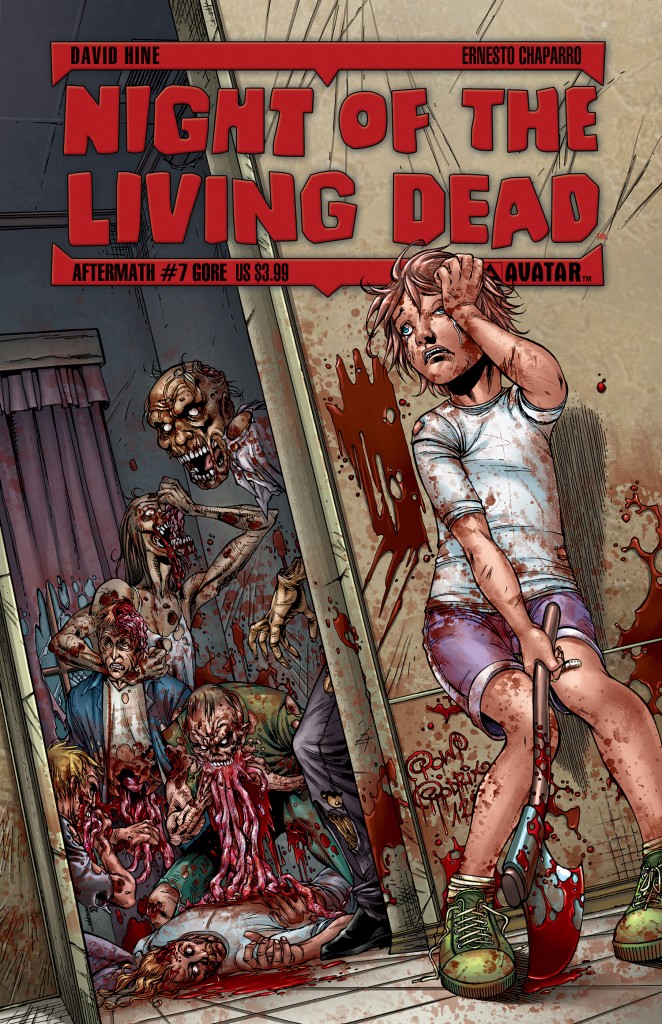 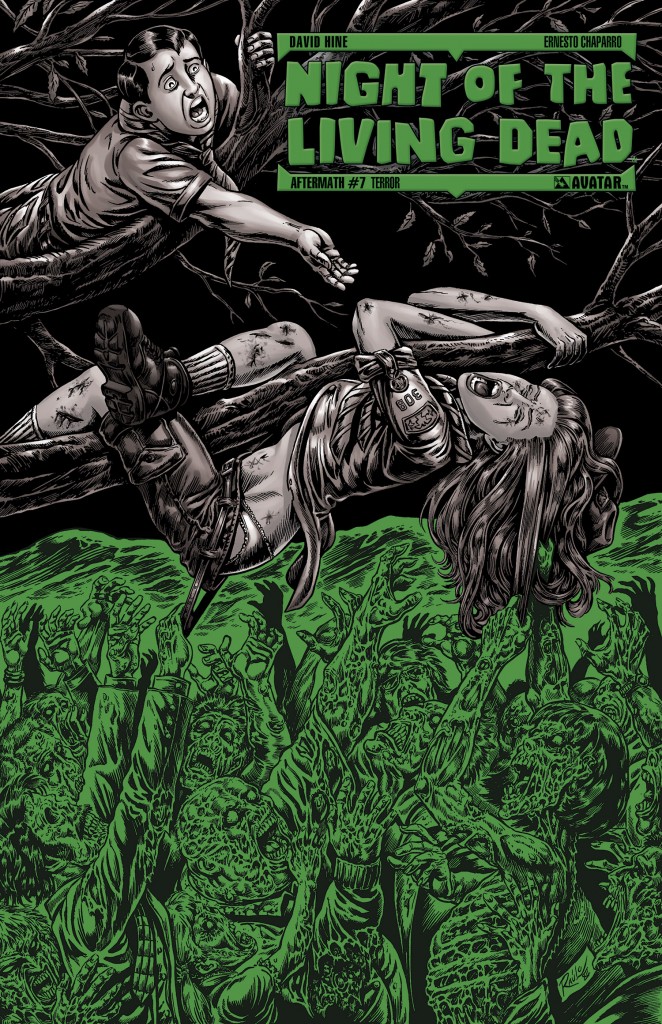 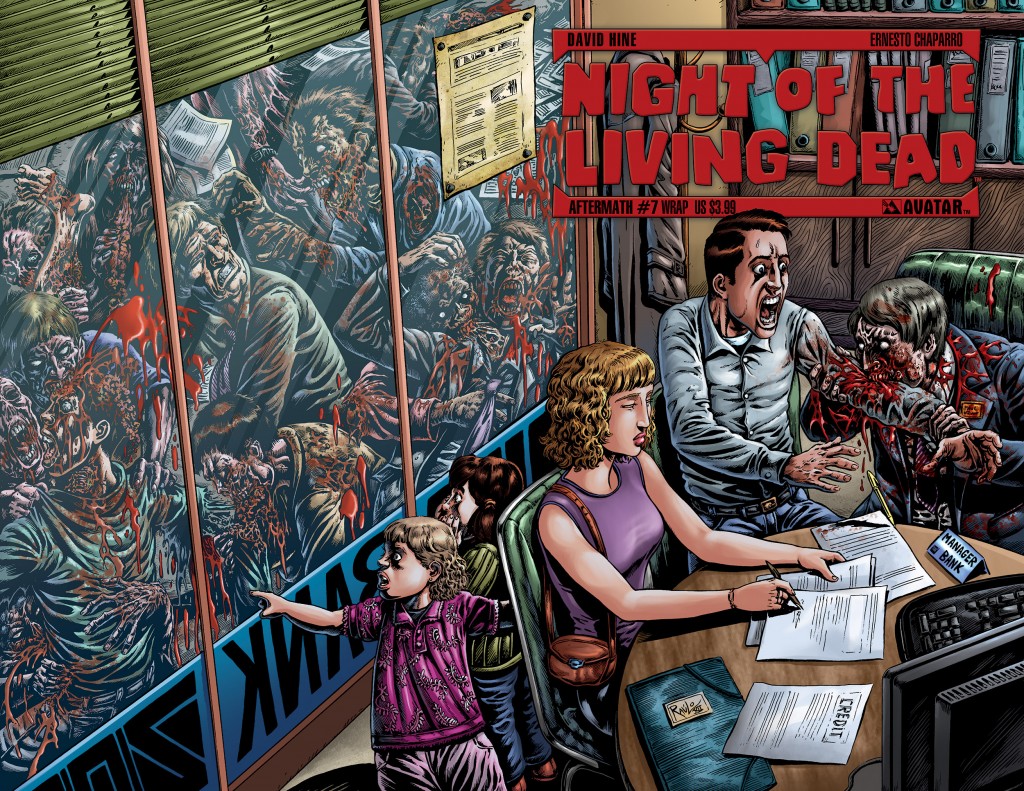