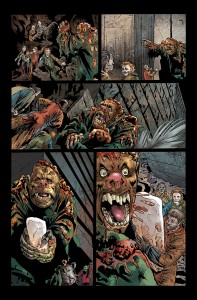 The world of Disenchanted opens on Monday 10/28 with the first full color installment of the new weekly webcomic by Simon Spurrier. ?Once upon a time, there was magic and the creatures of fairy were all that children could think about. ?But the world has moved on…no one really believes in or gives a damn about those old stories. ?Today everyone is more concerned with what new cell phone they want or which new apps will entertain for the next 24 hours. ?Fairy folk? ?That doesn’t even cross the mind of the people of now. 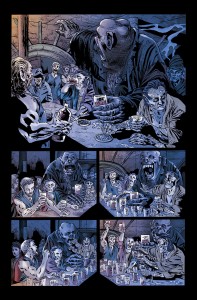 So what happened to all those little creatures of magic? ?They didn’t die out like the dinosaurs…no, they adapted to the world around them. ?They became…a reflection of the deviance that grips humanity. ?They became us…but smaller and kinda meaner. ?Now all those lives and magics live in a city made of discarded soda cans and used needles. ?Beneath the feet of the people who have forgotten them is a world of hate, murder, violence, and more that has taken the purest of the magical creatures and turned them into nasty reflections of what they once were. ?This is the story of Vermintown and the magical beings that live and die there. ?It’s the Wire but with drug pushing pixies and trick turning sprites. 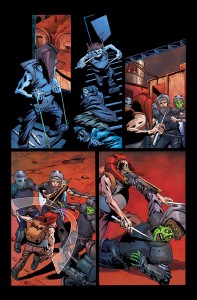 Join us on the first steps into this immersive world this Monday when the webcomic goes live and every Monday following for new installments of Disenchanted at www.disenchantedcomic.com.