The East Coast’s biggest comic show is less than a week away. ?And when the doors open at New York Comic Con on Thursday 10/10, the rush for this year’s hardest to find exclusive comics will begin. ?The Avatar Press booth #1920 will be home to several of the most limited editions being produced. ?Combine that with several creative teams on site for autographs and you have the recipe for an exciting convention with some of the most sought after exclusive comics around.

Here is a summary of the titles available: 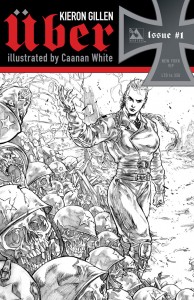 NYCC is the home to one of the rarest Uber #1 first print covers available.? The Uber #1 VIP is limited to just 350 copies and is available here for the first time. 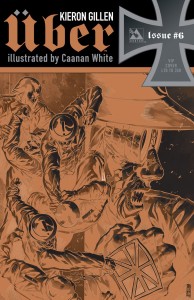 Christos Gage?s Absolution: Rubicon gets nasty with an exclusive wraparound cover for NYCC that is limited to just 500 copies! 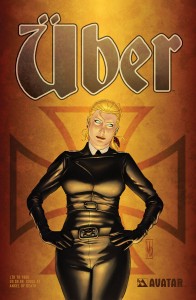 Uber is no stranger to horror, and this haunting cover will be the perfect addition to any collection.? Limited to just 1000 copies! 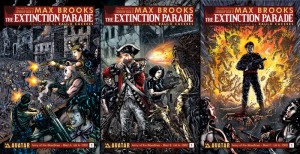 Max Brooks? Extinction Parade shows the evolution of violence in this exclusive NYCC set of 3 Army of the Bloodlines ?Blast? covers!? Limited to just 1000 sets. 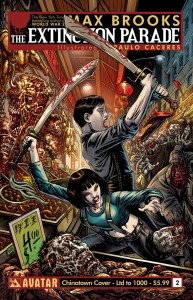 Max Brooks? zombies vs vampires saga is one of the hottest comics out there.? And this special edition Chinatown variant is limited to just 1000 copies. 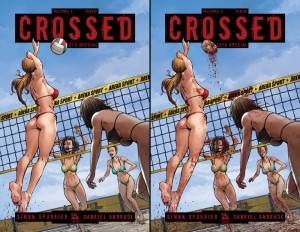 It is beach volleyball, Crossed style!? A set of ?before and after? if you will ? this rare collectible is limited to just 750 copies!

Jonathan Hickman has created a vibrant new world with his God Is Dead series.? This super limited 500 piece cover edition shows the god of thunder in all his glory. 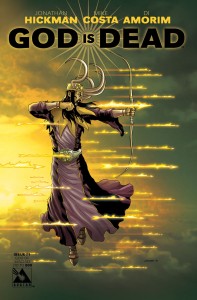 Everyone?s favorite mischief maker, Loki, gets his own exclusive cover on this rare 500 piece limited edition of God Is Dead #1! 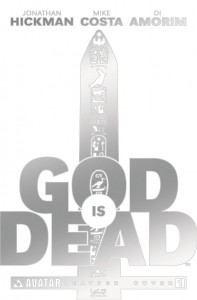 The leather line of covers is one of the truly premium editions being created today.? This White Leather Platinum edition is limited to only 300 copies. 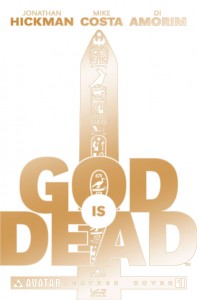 Avatar?s premium leather covers are both rare and unique!? This special God Is Dead #1 White Leather with Gold Foil edition is one of the hardest to get with a super low print run of only 100 copies.

Avatar’s super value Platinum Ticket Package is also still available – supplying a four day NYCC ticket and a built in library of exclusive comics, trades, and access to Avatar creators at the show. ?The over $700 value is priced at $299 and available here: