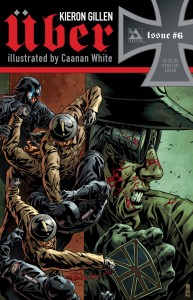 Kieron Gillen and Caanan White’s reinvented super solider war comic, Uber, has been one of the biggest hits of the year. ?The book introduces enhanced humans into the final days of World War II and turns a horrible global conflict into an extended bloody Armageddon. ?Now all sides are racing to create their own super human weapons and the destruction caused by these monsters is turning the world into a massive graveyard. 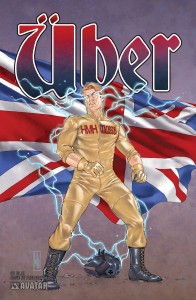 Uber #6 begins the second story arc in this violent horror story. ?The war shifts from Germany to the Pacific as the course of naval history is re-written with new terror tactics centered around the uber weapons. ?How did the Japanese obtain the secrets to enhanced human technology and how will this effect the course of the war? ?All this will be revealed as the horrors play out on the page. ?Don’t miss this chance to find out why everyone is talking about Uber and witness the terror of war amplified a million times over. 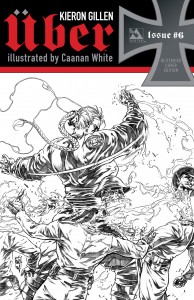 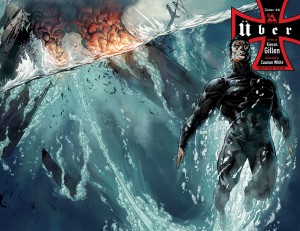