The following Avatar Press comics are new to ComiXology on Wednesday 12/18/13: 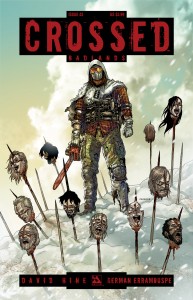 PRODUCT DESCRIPTION:? The end of the ?Gore Angels? story arc is one of the most devastating final chapters of Crossed ever told!? Horror master, DAVID HINE has taken us into the broken mind of an abused girl and spun out her revenge fantasies across the page.? But are you ready for bloody misery that comes with the Crossed infection spreading across Japan?? No one is safe from the horror and misery of the Crossed?no one. 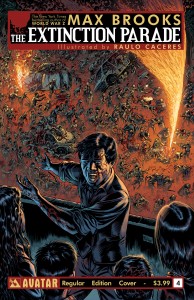 PRODUCT DESCRIPTION:? This year?s biggest horror comic continues its brutal march towards annihilation!? His books on zombies have entertained millions of readers and now MAX BROOKS redefines vampires as he brings an all-out war of the undead!? Zombies have been at best a nuisance to the vampire race for thousands of years but never a real threat.? Their clumsy foothold over humans has always been beaten back.? But this time the tide of shambling dead have turned the corner and are rapidly depleting the ranks of the living.? Even with their superior abilities and ferocity, can the vampire race find a way to stop the decimation? 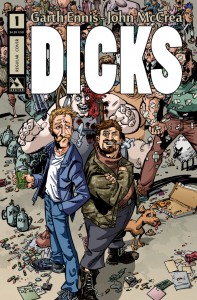 PRODUCT DESCRIPTION: ?Garth Ennis and John McCrea (the creative team behind Hitman) have returned to add injury to insult with a completely colorized and remasterbated edition that is guaranteed to offend and amaze. Dougie and Ivor, the shameless bollocks that claim to be private investigators, are back in action with more outrageous antics that will leave no shame uncovered. This series is made for the smart ass comics reader that can?t get enough bathroom humor and downright offensive hobnobery. We dare you not to take offense as Garth Ennis unleashes a torrent of spiteful and crass obscenities that will tickle your funny bone with a snarky horsec**k and leave you reflecting on what a pair of Dicks these two wankers really are. 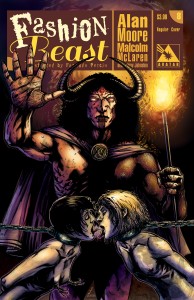 PRODUCT DESCRIPTION: ?Alan Moore and Malcolm McLaren?s time-lost masterpiece spins a complex web of mythology over a world on the precipice of nuclear annihilation. Doll discovers the frightening truth behind the powerful Patron, Celestine. Beneath the mysterious layers of deformity lies a heart beaten down by the vanities of man and a fashion obsessed mother. Will the revelation of what is really behind the fashion empire boost Doll into immortality or tear her to pieces? 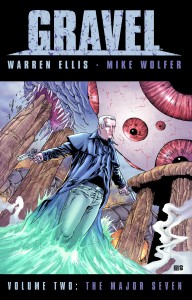 PRODUCT DESCRIPTION: ?Combat Magician William Gravel is back in the second story arc! This issue is a perfect place for new readers to jump in, and returning readers are going to be blown away by what’s in store! Gravel, the explosive series from Ellis and Wolfer, takes a whole new turn as Gravel faces adversaries far more formidable than ever before. Now that he’s got the Sigsand in his possession, Gravel is exposed to extremes of magic he’s never seen — but will he be able to do anything with it? Because that degree of power is getting him noticed by people he never wanted to meet. The Major Seven are magicians of unimaginable power, far beyond anything Gravel has ever faced… and now they want him dead.