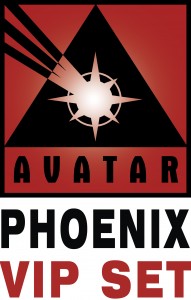 Avatar Press heads west to the fantastic Phoenix Comic Con in two short weeks from June 5th to the 8th. ?This year the Avatar Press VIP pack is bigger than ever and chock full of exclusives. ?Fans wait year round for this great value that includes a four day pass to the show, an Avatar Press graphic novel library, VIP access to the Avatar creators at the show, and the biggest exclusive comics at the event. ?The package is $199 and valued at over $750 retail. ?It is limited to a scant 50 sets and can be ordered here: ?http://www.comcav.net/products/phoenix-comicon-2014-vip-set

You also get 16 Avatar graphic novels which have never before been offered in a VIP set including: