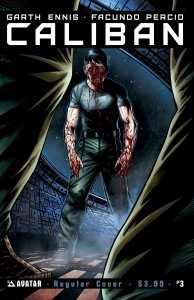 grabs you and rips a black hole in your chest while reading. The crew of the Caliban is dying. When an alien ship melded with their vessel in hyperspace, it unleashed something long forgotten from the darkest and coldest corners of the universe. Creeping flesh, mutating fears, and paranoia pushed to the brink of sanity rule now. Garth Ennis delivers a modern day sci-fi masterpiece in the vein of Alien that tears you screaming from your safe place and leaves you naked before unimaginable horrors. 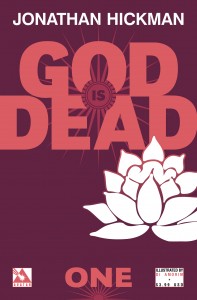 HICKMAN and MIKE COSTA scribe a fierce new series that stomps where others fear to tread. Mankind has argued over the existence of gods since the dawn of time. In modern eras it’s been fashionable to mock religious believers with taunts of scientific testimony and fact. But when the gods of old begin to reappear on earth and claim the domain of man for their own the world is thrown into a state of utter anarchy. Now Horus walks the streets of Egypt, Zeus has taken over the Sistine Chapel, and Odin is coordinating the dissection of the earth among the returned deities. Mankind held sway over the world for thousands of years and their hubris over that time has made them powerful but when faced with the divine can mortal weapons put an end to the second coming of the gods?