PRODUCT DESCRIPTION: ? ? ?GARTH ENNIS, the creator of Preacher and Crossed, has 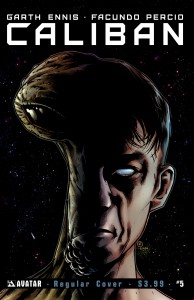 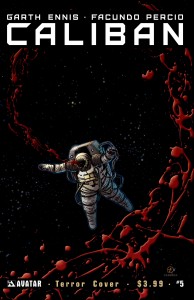 delivered a space horror like no other in Caliban. ?Most of the crew were voided into space when the ships merged. ?But those left behind are experiencing a creeping dread as the quantity of survivors keeps falling at the hand of Karien. ?Desperation is the currency of the hour as the final few attempt to understand and escape the misery unfolding on the doomed mining ship. ?No one is safe in dead space. ? Available with Regular, Wraparound, Terror, and Design Sketch Incentive covers by Facundo Percio and an ultra-limited Dark Matter edition of just 1500 copies.

PRODUCT DESCRIPTION: ? ? JUSTIN JORDAN continues his reign of terror as this story 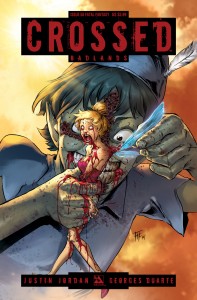 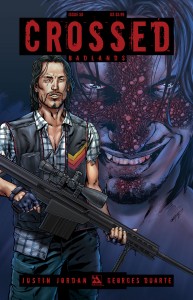 depravity as the savior may not be what he appears. ?Crossed chronicles the vilest atrocities that man is capable of and there are no safe areas to hide. ?In a world of grinning maniacs, there is no help. ?There is no hope. ?There is only the Crossed. Available with Regular and Red Crossed Incentive covers by Christian Zanier, Torture cover by Tim Vigil, Wraparound cover by Ignacio Calero, and Fatal Fantasy cover by Fernando Heinz.

George R.R. Martin’s In the House of the Worm #1 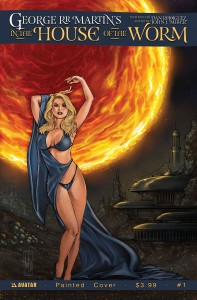 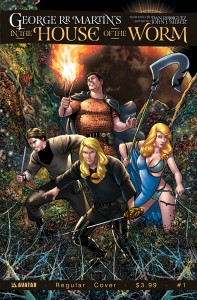 story vault as we adapt a tale of dark fantasy to comics for the first time with In The House of the Worm. ?Beneath a ruined city on a forgotten planet lies a world of plots and revenge. ?When Annelyn is embarrassed in front of his noble friends by the Meatbringer, he sets forth a devious plan that is meant to gain vengeance. ?But the terrible truth of the dire White Worm turns his ploy into folly in terrible fashion. ?Join a master storyteller as he spins a uniquely mysterious tale and reveals new worlds of wonder and horror. ?Available with Regular, Wraparound, ?Regal Incentive covers by ?series artist Ivan Rodriguez and a painted cover by Michael Dipascale.

PRODUCT DESCRIPTION: ? ? ?Jesus Christ walks the earth once again. ?But gone are the 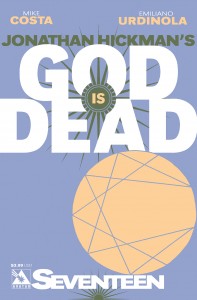 visions of his pity and sacrifice. ?Now the world trembles as the returned gods struggle to grasp the last piece of humanity for themselves. ?Join the ranks of the blasphemous as MIKE COSTA delivers a story that will take you screaming into the pits of Hell. ?Available with a Regular, Iconic, and Gilded Incentive covers by Jacen Burrows, an End of Days cover by Matt Martin, and a special Carnage Wraparound by German Nobile.