Everyone loves when the new month’s comic book listings are revealed.  Is there anything quite as exciting as getting a glimpse at the new creators and projects that are coming up in a few months?  As everyone waits for the new Previews to land in comic shops, our friends at Bleeding Cool have revealed their early look at the biggest and most exciting comics on the horizon.

You can get a sneak peek at Avatar’s June comics here:  http://www.bleedingcool.com/2015/03/16/avatar-press-solicitations-for-june-2015-si-spurrier-joins-crossed-100/ 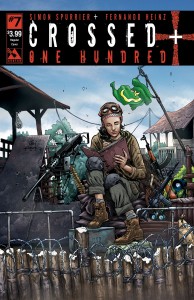 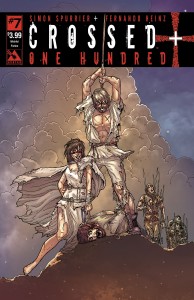 The big news for June of course is the selection of Simon Spurrier to follow in the footsteps of Alan Moore on Crossed +100 #7.  What direction will Future Taylor’s life go as the misery of the Crossed continues to evolve 100 years later?  You can find out coming up in June!