These are the new Avatar Press digital items coming to ComiXology on Wednesday 7/1/15:

odyssey starts, everything you know is out the window. Avatar’s most messianic book undergoes it’s most bizarre resurrection yet as we re-create a world where… all the Gods are dead? Join in the most innovative mythology mashup ever created as God is Dead continues to redefine fantasy in Avatar style!

PRODUCT DESCRIPTION:      The Allies have their backs to the ocean and the Nazis 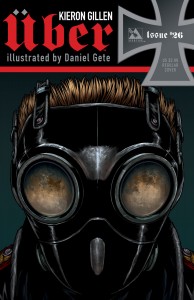 continue their path of fire as the Great Burn continues! HMH Churchill is finally deployed in the field, can she be the Battleship destroyer Britain is praying for? The stakes couldn’t be higher as it all builds to next issue’s game-changing event that no one is expecting! 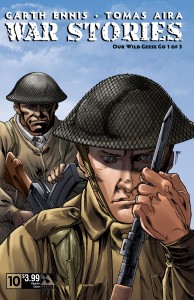 wild geese go, that small nations would be free…” In the Second World War, any Irishman wanting to fight the Nazis had to join the British army- the Republic of Ireland having declared neutrality when the war began. Now, a small unit of Irish soldiers join the advance into Germany- where the going is rough and the enemy nowhere near surrender. And old tensions remain from Ireland’s own struggle for independence, as well as the bloody civil war that followed. Part one of Our Wild Geese Go, by Garth Ennis and Tomas Aira.