Coming soon to Previews and your local comic shop are all the hot new properties from Avatar Press for February shipping. ?Look for these exciting projects in the new Previews that comes out on Wednesday 11/27! 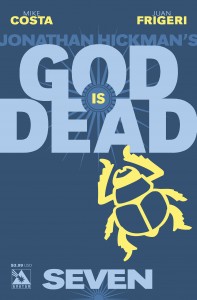 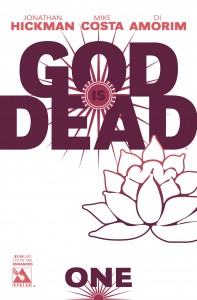 As Jonathan Hickman’s first arc comes to a close with God Is Dead #6, a new era begins with Mike Costa’s first full issue and the beginning of the second story arc. ?Also this month are God is Dead #1 and #2 Enhanced Editions – reprinting the first two issues of the smash new series and with original new short stories includes for the same $3.99 price! ?32 pages and no ads for fans to dig into Hickman’s unique world where mythology becomes reality. 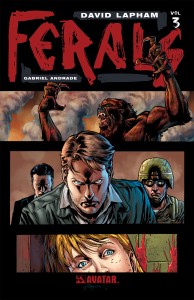 Ferals Vol 3 TP collects the third arc from David Lapham’s re-imagined violent werewolf drama. ?Dale Chesnutt is starting to realize that he is in a no win situation. ?No matter what he does…the wolfpacalypse is coming. ?And now there are thousands of Feral wolves storming down upon the unsuspecting human population. ?Riveting and unforgiving – Ferals is must read horror material! 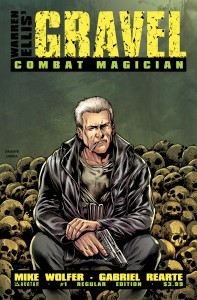 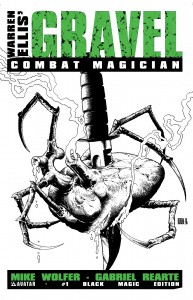 The new Gravel: Combat Magician series begins in earnest with issue #1. ?Mike Wolfer returns to tell the story of hard as nails combat magician William Gravel and brings all the horror and violence of Warren Ellis’ world to a must read tale. ?A rogue combat magician is destroying Tokyo and only his teacher, Gravel, has a chance to end the bloodshed.