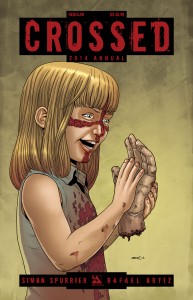 RAFAEL ORTIZ to unleash this vile tale of misery and mischief in the all-new over-sized Crossed 2014 Annual! ?Ah, the English countryside! Tweeting birds, friendly vicars, crumpets and jam: the peaceful rural idyll. The cow?s in the dairy, the dog?s in his bed and there?s a fat asthmatic 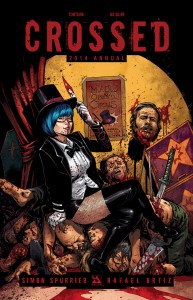 kid hiding up the old tower. Also: a mob of Crossed lurking near the duckpond ? quaint and friendly sadists who want nothing but to eat your face off and violate your skull ? and nobody but the withered old farmer?s wife to stop them. Problem is, she?s Crossed too. And insane. Can old Wheezy play them all off against each other long enough to escape? SUCH JOLLY LARKS. Available with Regular cover by Jacen Burrows, Wraparound by Rafa Ortiz, Torture cover by Gabriel Andrade and special Red Crossed Incentive cover also by Burrows.
Crossed: Badlands #52 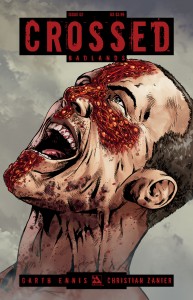 masterful horror series wondering how it all began. ?Now in an underground bunker, the remains of the British government must try to work that out themselves. ?How far has is spread? ?And how? ? In this world full of monsters, 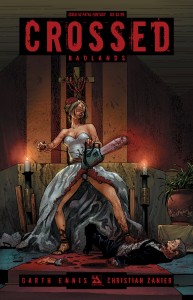 there is no help. ?There is only the Crossed. ?Available with Regular, Wraparound and Red Crossed Incentive covers by Christian Zanier a Fatale Fantasy cover by Rafael Ortiz and a Torture cover by Jacen Burrows.

PRODUCT DESCRIPTION: ?On a clandestine mission to Tokyo to clean up the mess 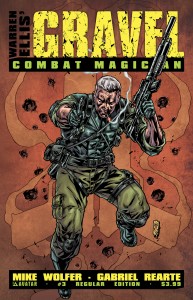 created by another British Combat Magician, Gravel must find the rogue madman or risk an international incident. But once he comes face-to-face with his occult-powered foe, the seasoned veteran will find that the green trainee has 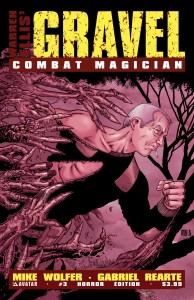 brought something with him from England, something which makes him impervious to harm. In the underground subway of magical horrors, Gravel’s only hope is to use his head, which has never been one of his strong point, and even if he survives, a far greater threat to his life awaits in the darkness! ?Available with Regular cover by Caanan White and Wraparound, Horror, and a Black Magic Order Incentive cover by Mike Wolfer.

PRODUCT DESCRIPTION: ?The explosive end of the second arc turns everything you 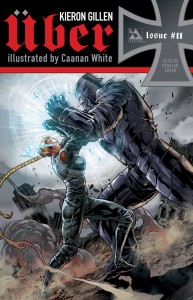 know upside down! ?This issue is what this has all been building towards – Hitler’s secret plan, Churchill’s massive new Ubers, and a stunning assault that threatens to change the face of the war. ?Prepare for one jaw-dropping shock 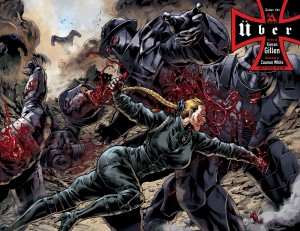